The Neon Ghost of Henri Garrou

"Appealing for its quirkiness" might best describe the ancient sign hanging over Ninth Avenue Wine & Liquor, situated on its namesake thoroughfare in Hell's Kitchen.  "Appealing" because it was one of the last old neon signs in New York that featured any kind of animation (in this case, copy reading WINES and LIQUORS that flashed in alternating sequence).  "Quirky" because the lettering doesn't quite seem to fit the sign faces behind it. 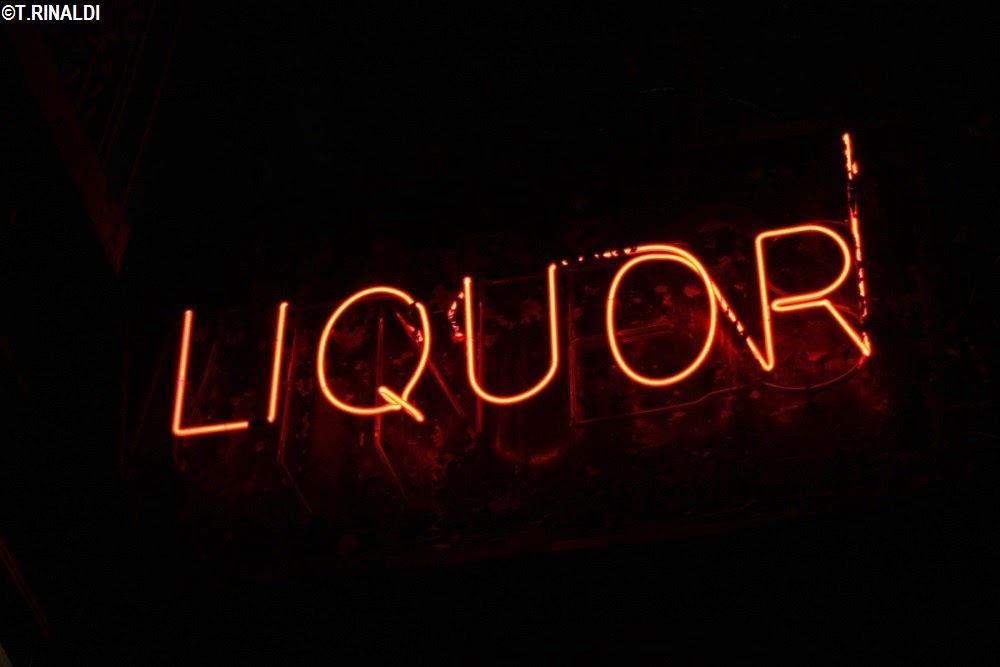 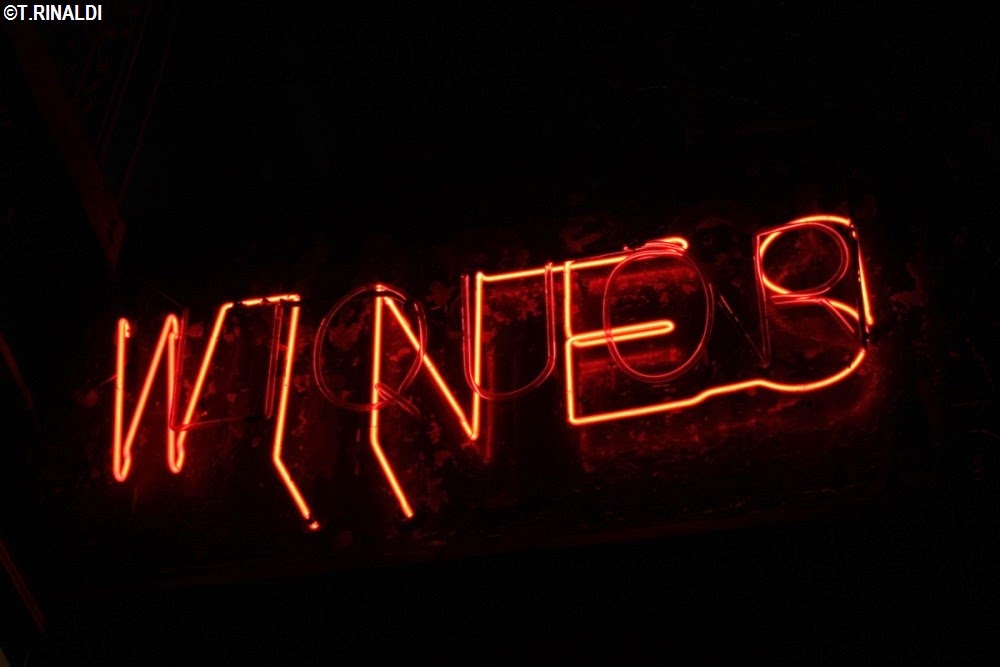 Sure enough, the photographic record confirms that the sign has been re-lettered.  In fact, at last check, the black paint on its sign faces has faded to reveal an earlier livery beneath: "H. GARROU," reads the ghostly lettering: "WINES." 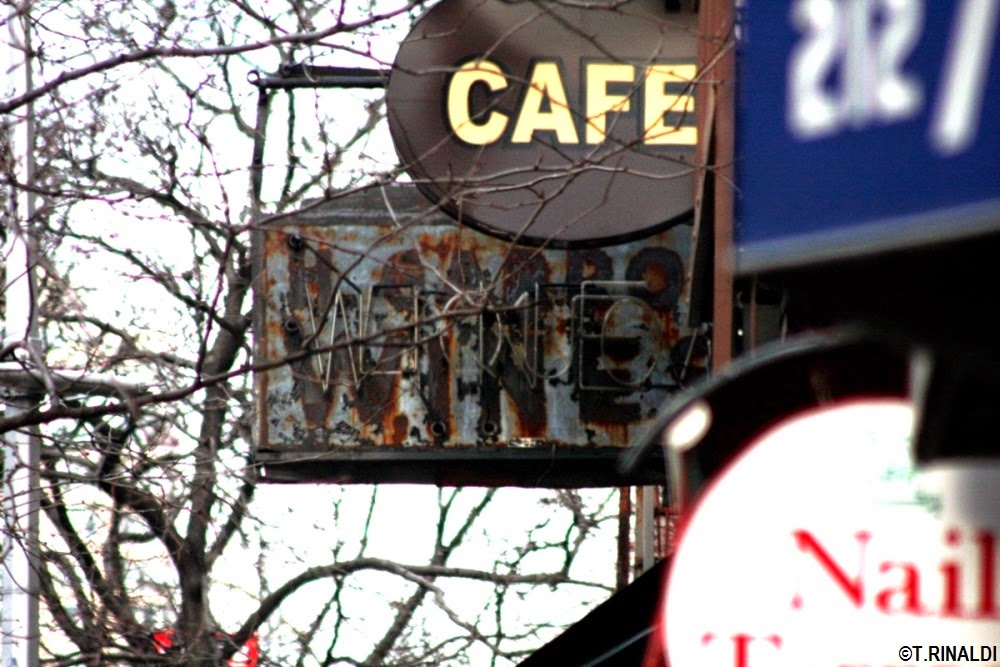 The city's c.1940 tax photo shows the sign as it looked before its re-lettering, with hand-painted detailing around the border and across a streamlined filigree up top.  Buildings Department records tell us that the sign was installed in 1934 for a certain Henri Garrou.  Like a number of other old liquor store signs around town, this one showed up just one year after the repeal of Prohibition and has been here ever since. 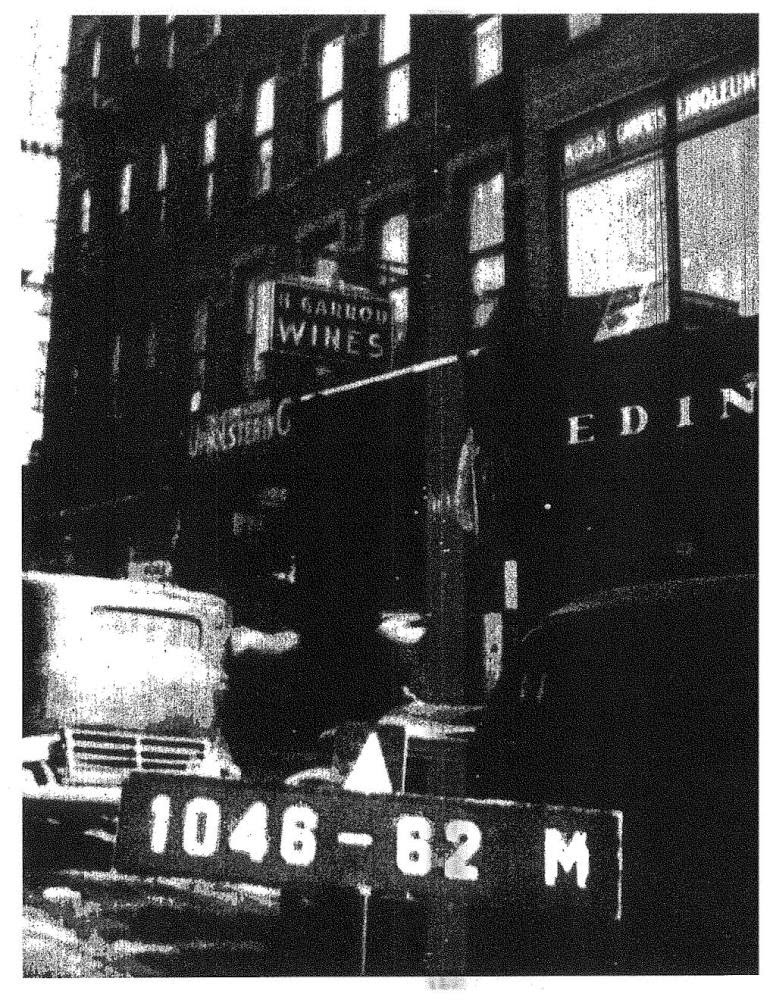 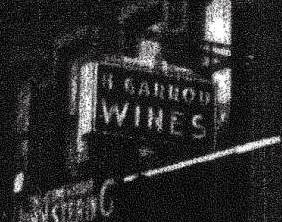 A small placard still in place beneath the lettering tells us that Midtown Neon, once one of New York's more prominent sign shops, had some involvement here.  The placard's similarity to others left by Midtown on signs produced in the 1950s suggests that it probably dates to the sign's reconfiguration, not to its original fabrication. 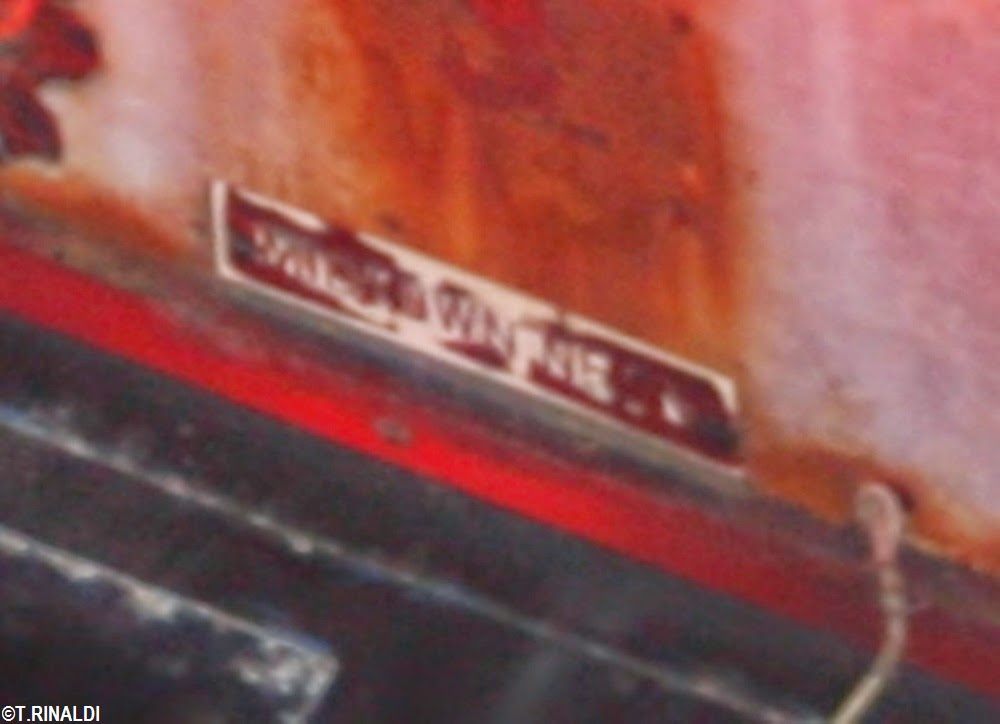 Sadly, the sign's current owners seem to have let it go to seed of late.  It doesn't light up at all now, and the sheet metal desperately needs painting.  Perhaps the management will fall under the spell of that quirky appeal, get the neon going again and hire a good sign painter to bring back that handsome border detailing that shows up in the old tax photo.   Either way, now is a good time to raise a glass to this old girl, for 2014 marks 80 years since monsieur Garrou had this sign hung up over his Ninth Avenue storefront.

•    Some anti-nostalgia from the Times: "A growing and emotional fascination with old corporate emblems in New York City has resulted in efforts to save, among other things, the sign for Kentile Floors."
•    As anticipated last year, Comcast has proposed a new sign to top off 30 Rockefeller Plaza, the former RCA building.
•    Debra Jane Seltzer is on the road again, documenting old neon and other commercial archeology of the midwest.