Lights Out 2018: Signs We Lost This Year

As with previous years, this year's list covers signs that disappeared within the past year and a bit prior.  The list is a little longer than usual this year - that owes to some past-due auditing of my list.  Christmas is over.  There's a lot to look at here so let's cut the crap and get to it: 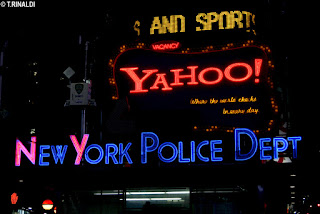 NYPD Times Square Kiosk, Midtown Manhattan / Installed c. 1982
Times Square's old NYPD kiosk was one of the very last vestiges of the old, pre-LED-signboard Times Square, so it's a real bummer to learn that the little building was totally replaced this year (and its neon all LEDed).  (Note: The Yahoo! sign in the background disappeared a while ago.)  More via the BoweryBoogie blog. 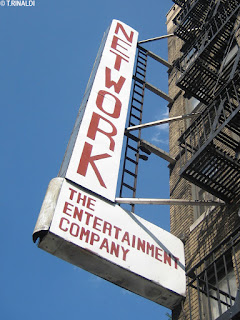 The "Network" Sign, 756 9th Avenue, Hell's Kitchen, Manhattan
This sign was always a bit of a mystery, "modern" (1980s?) sign faces having been mounted over its original lettering.  The old sign faces had begun to peek out from below, prompting some of us sign enthusiasts to eagerly anticipate the day when they might emerge to reveal what this sign had been about.  Sorry to report that the whole thing is gone now.  A little internet digging suggests that the sign may have belonged to Grossman's Furniture.  See also this homage from a few years back at the ScoutingNY blog. 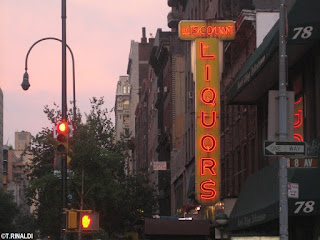 North Village Wine & Liquor, 254 W14th Street, Manhattan / Installed c. 1950
This old favorite finally disappeared in 2018 as the whole southeasterly corner of 14th and 8th has now been cleared for redevelopment. 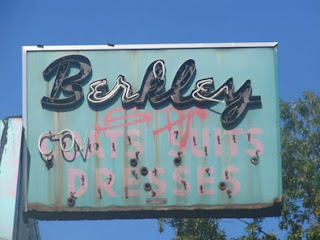 Berkley Clothes, 568 Fifth Ave., Brooklyn (Photo via Forgotten-NY)
A great neon ghost that had presided over the corner of 5th Ave and 15th Street in South Slope, Brooklyn.  I went out to shoot it this autumn only to find that I came too late. 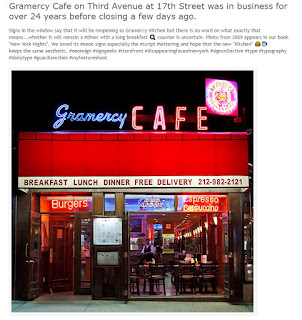 Gramercy Cafe, 184 Third Ave., Manhattan (Photo via James and Karla Murray)
Gramercy Cafe's great little script-vs-block sign is another one that got away from me.  The old diner bit the dust a few years ago.  A new occupant gave the sign a rotten little LED make-over not long after. 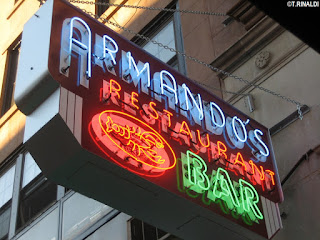 Armando's Restaurant & Bar, 143 Montague Street, Brooklyn Heights
Armando's gave us all a scare when it temporarily closed a few years back.  It came back, but this year it closed for good, taking its fabulous old sign (in fact, a fabulously replicated old sign) with it.  More here by way of Patch. 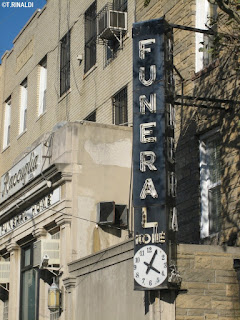 It seems no one held a funeral for this now-vanished funerary neon, long a neighborhood fixture in Carroll Gardens.  A 2009 tribute here at the Lost City blog. 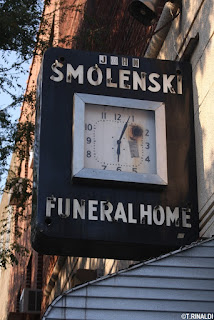 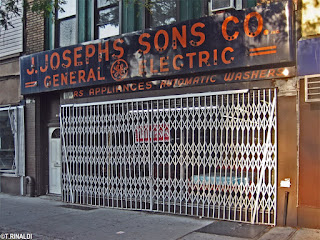 J. Josephs Sons Appliances, 1056 Manhattan Avenue, Greenpoint, Brooklyn
J. Josephs occupied a panorama of veteran storefronts on the same block as the similarly-vanished Smolenski Funeral Home.  The signs, storefronts and the buildings that housed them have all been erased to make way for a new 7-story apartment building. 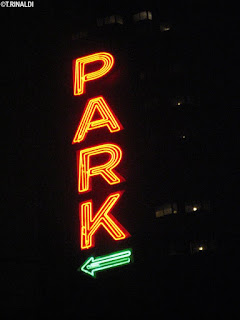 205 East 38th Street (The Quaker House Garage?), Manhattan (LEDed)
Manhattan parking garages were long a bastion of midcentury neon, but this is a typology careening toward extinction.  This one (and the three below) went the way of the Studebaker in the last few years, either replaced by LED signs or plowed-under along with the garages they advertised for new more lucrative real estate ventures. 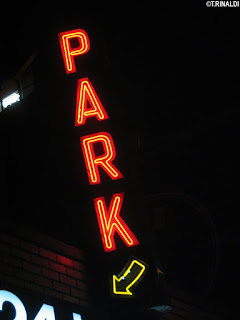 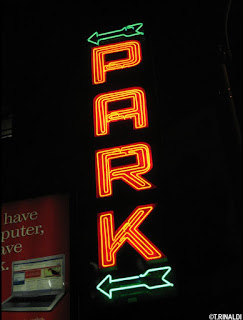 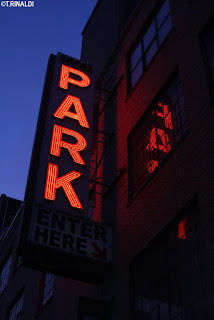 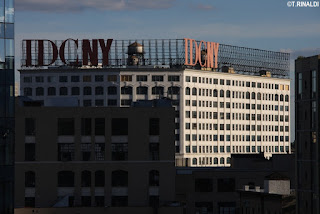 IDCNYC International Design Center (ex-Sunshine Biscuits), Long Island City, Queens
This massive Long Island City roof sign was the spiritual descendant of the enormous Sunshine Biscuits sign of the early 20th century, and the Executone Intercom sign of midcentury decades (more on these here).  Reusing the massive metal framework of the older electronic billboards, the IDC sign appeared here in the 1980s (it was, in fact, flood-lit, not neon), its lettering the handiwork of graphic designer Massimo Vignelli (of NYC Subway signage fame).  Signs and framework all disappeared in the last few years as part of a concomitant wham-bam-thankyou-ma'am recladding that has trashed the classic terra cotta facades of this great old industrial building. 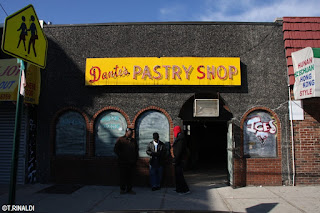 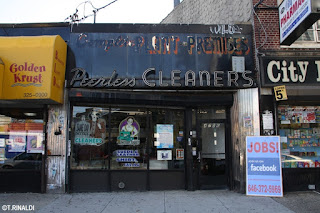 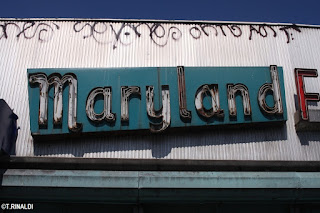 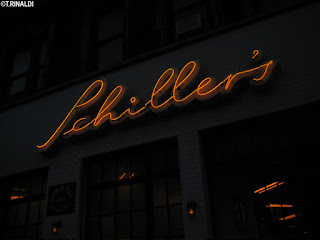 Schiller's Liquor Bar, 131 Rivington Street, Lower East Side, Manhattan
Not an old sign, but a classic of recent years:  Schiller's closed in 2017 and its signs are now gone.  Their lovely script lettering was the work of Nancy Howell Calligraphy. 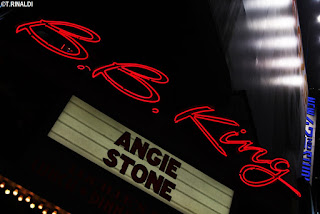 B.B. King's, 237 West 42nd Street, Times Square, Manhattan
Another recent classic that proved too good to make it through 2018. 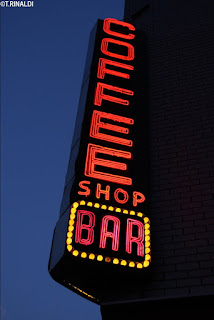 The Coffee Shop, 29 Union Square West, Manhattan
A longtime landmark of Union Square, pushed out by a rent hike late in 2018.  The signs have been here since about 1960.  They survived several incarnations of this now-shuttered eatery, but may not be here much longer as the spot is rumored to be earmarked for a bank. 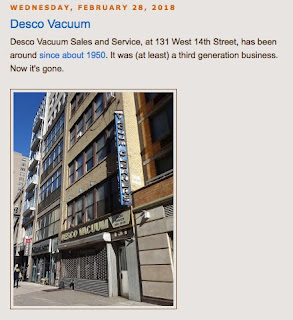 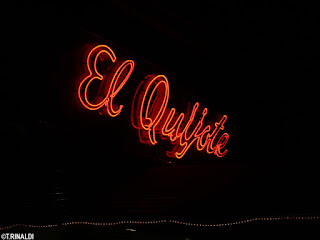 El Quijote, 226 West 23rd Street, Chelsea, Manhattan
In March, the El Quijote (in business since 1957) succumbed to ass-the backwards ownership-shuffle / gut-renovation that has had the Chelsea Hotel and most of its storefronts shuttered since 2011.  The restaurant's new owners announced that it would re-open later in 2018 but that of course never happened and the fate of the establishment and its sign remain in doubt at pencils-down. 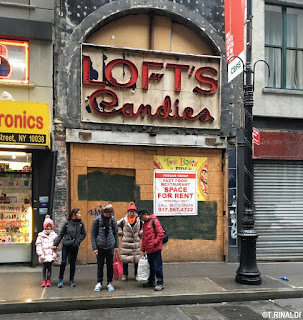 Loft Candies, 88 Nassau Street, Lower Manhattan / Installed c. 1960
The sad saga of this fantastic sign got quite a bit of attention at this blog in 2017, when it looked like a fabulously improbable resurrection was about to play out here.  Alas, it has thus far proved too good to be true, and what will happen with this great historic storefront remains to be seen. 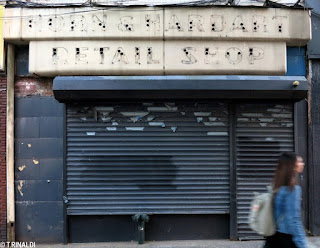 Horn & Hardart Retail Shop, Dekalb Av. at Bond St., Brooklyn / Installed circa-pre-1960
Like Loft's of Nassau Street, this great ghost sign was revealed with the removal of newer signage that had kept it hidden for years.  Unlike the Loft's sign, this one was never slated for any kind of revival as the whole block is scheduled for demo to make way for another massive new building in downtown Brooklyn. 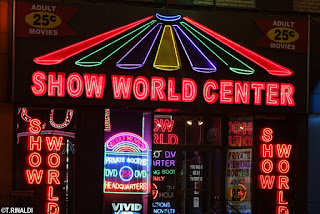 Show World Center, 669 Eighth Ave., Midtown Manhattan
In May, we learned (also via Jeremiah) that the Show World Center, smutty stalwart of old Times Square, had finally peeped its last.  The sign remains, likely not for long, a ghost of bygone grit. 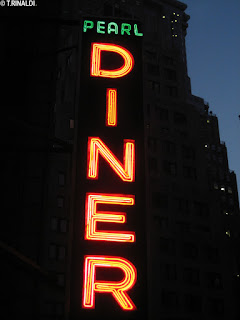 Pearl Diner, 212 Pearl St, Lower Manhattan
Finally, in one last little turd of toilet-worthy news, we learn that the Pearl (Street) Diner - Lower Manhattan's little train that could since 1958 - has a date with the bulldozer in 2019, its site to be cleared for a new 21-story hotel.