Not long ago, I chanced upon an online gallery featuring a great banquet of exceptionally fine New York street scenes by photographer Edmund Vincent Gillon, Jr, who died in 2008.   The photographs, housed at the Museum of the City of New York, date mostly to the 1970s and 80s.  Judging by their content, Mr. Gillon seems to have been drawn to the grand, the quirky, the ephemeral.  New York in those years must have been a wonderland for him. 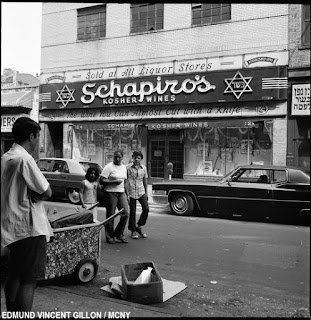 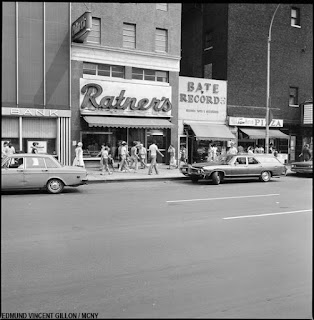 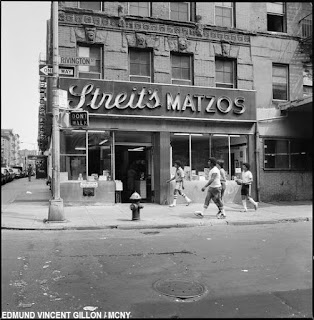 Says the Museum of the Gillon gallery:  "His photographs bring to life not only the countless readily apparent changes that have taken place in the city's urban landscape over the past several decades, but also the many subtle changes that transformed neighborhoods such as SoHo, Tribeca, and Dumbo as they transitioned, building by building, from gritty wastelands into the vibrant urban oases they have become." 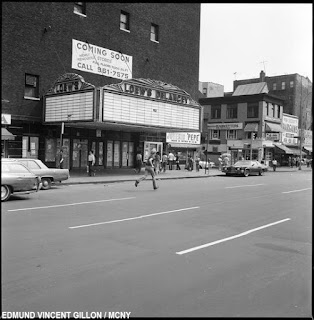 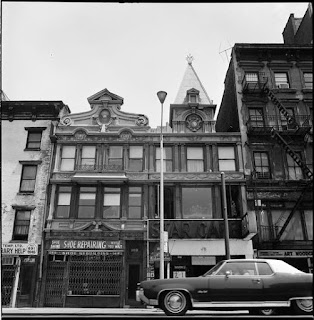 Old neon signs - already old, even then, forty-odd years ago - often haunt the backdrop of Mr. Gillon's street scenes, as seen in the images excerpted here.  Like so much of what one finds in these photographs, all of the signs in this selection of photos are gone today.  Perusing the online gallery, I find that the photographs pose more questions than they answer.  With interests in the quirky and the ephemeral, where, I wonder, would a young Mr. Gillon point his lense in the city today? 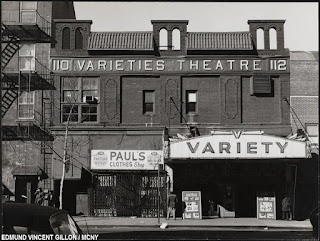 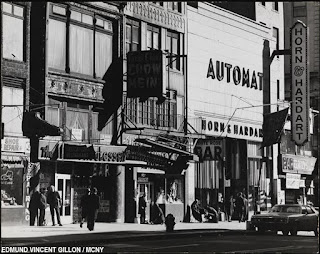 The MCNY's gallery of photographs by Edmund Vincent Gillon Jr can be viewed online here.