If you missed my last neon walking tour, I'm happy to report that I'll be leading another one on Friday evening, August 15th.  This tour will be led under the auspices of the Municipal Art Society and the Lower East Side Preservation Initiative.  Tickets are $20 ($15 for MAS members).  Click here to save a spot. 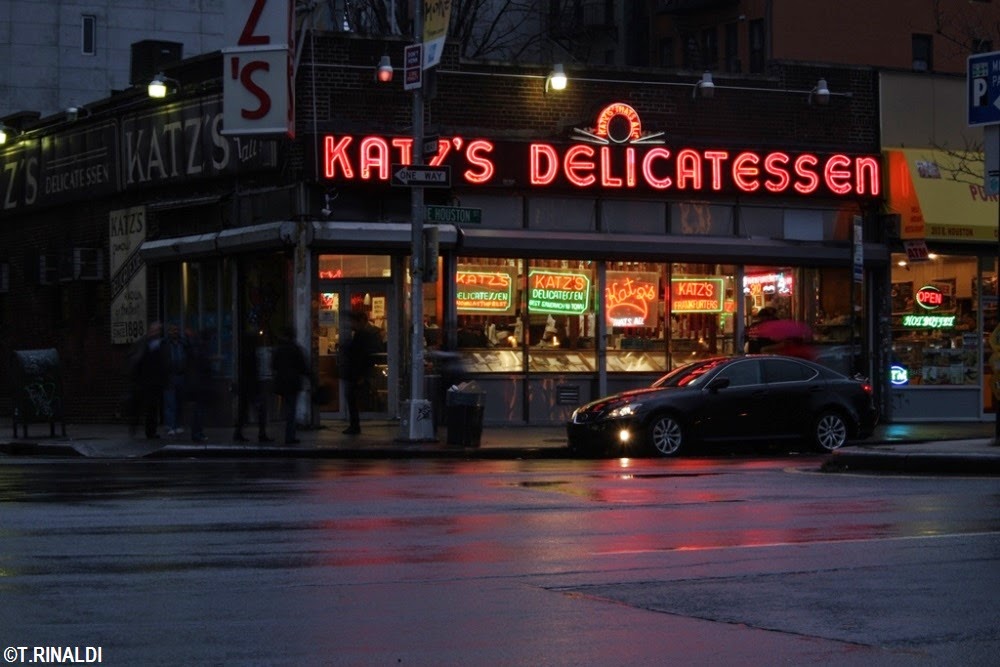 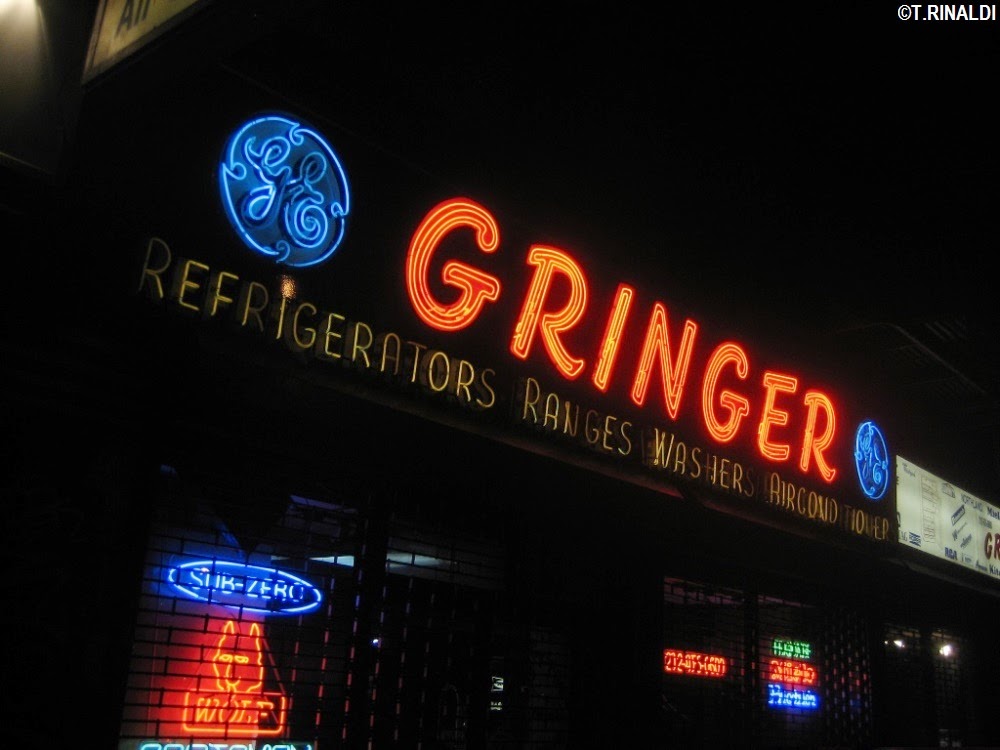 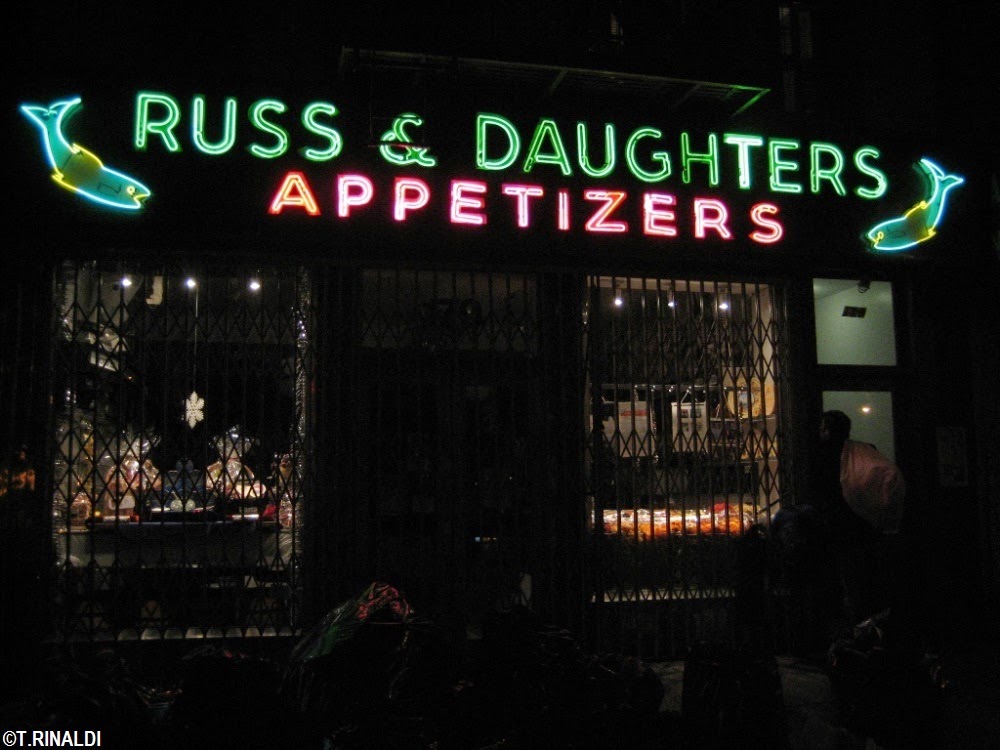 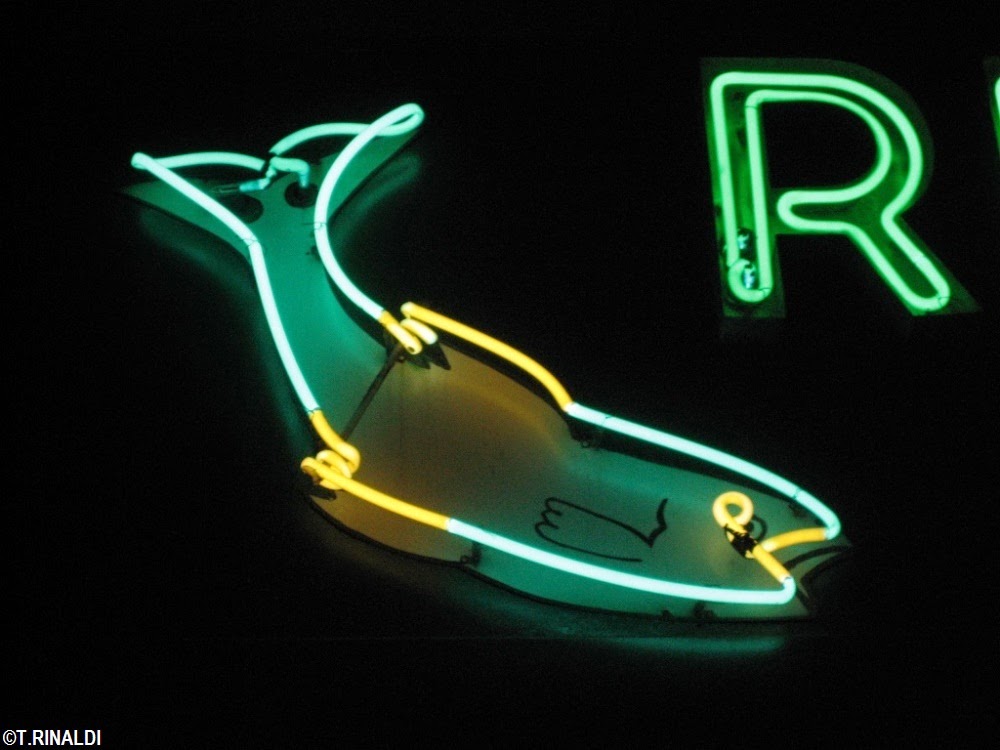 Katz's, Gringer's, and Russ & Daughters will be stops on my August 15th Neon Walking Tour.

We'll wind our way through the East Village, home to a dense concentration of great old signs including Block Drugs, Veniero Pasticceria, DeRobertis Pastry Shop, Russ & Daughters, Gringer Appliances, the Orpheum Theatre (one of the oldest neon signs anywhere), and of course Katz's Delicatessen.  I will rattle off some observations on the origins and significance of the signs as we pause to admire them.  Attendees will wow their friends for the rest of the summer with a newfound breadth of cocktail party trivia.

NEW YORK NEON IN THE NEWS:

• "Neon Signs Are Dying, But Our Appreciation Isn't" - a story by Christina Zdanowicz at CNN Online, featuring quotes from yours truly.

• Jack's 99-cent World has finally ditched the old Willoughby's Camera sign on West 32nd Street.  For about 20 years after Willoughby's moved out, this was one of my favorite relics in Midtown.  A massive new LED sign has taken its place.

• Via Paul Signs' Instagram feed: in Fort Greene, Brooklyn, another great neon relic has bit the dust - no more Liquor Store neon at DeKalb and Adelphi.  DNA info reports that the storefront's current occupant, restaurant Colonia Verde, is looking to have the sign restored.  Buildings Department records suggest it had been in place since 1939. 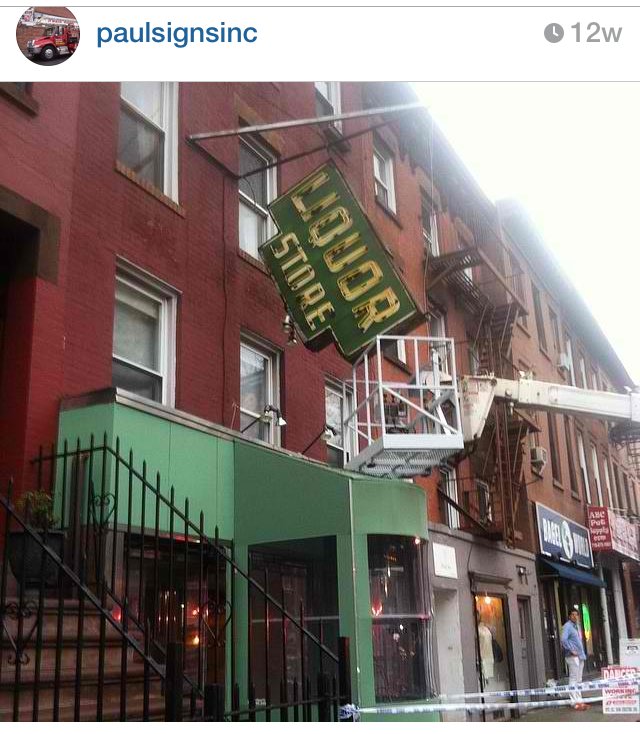 • From JVNY and Project Neon (and a million other places): Third Avenue in Manhattan is now a little less colorful with the loss of Rodeo Bar and its lovely retro vertical sign. 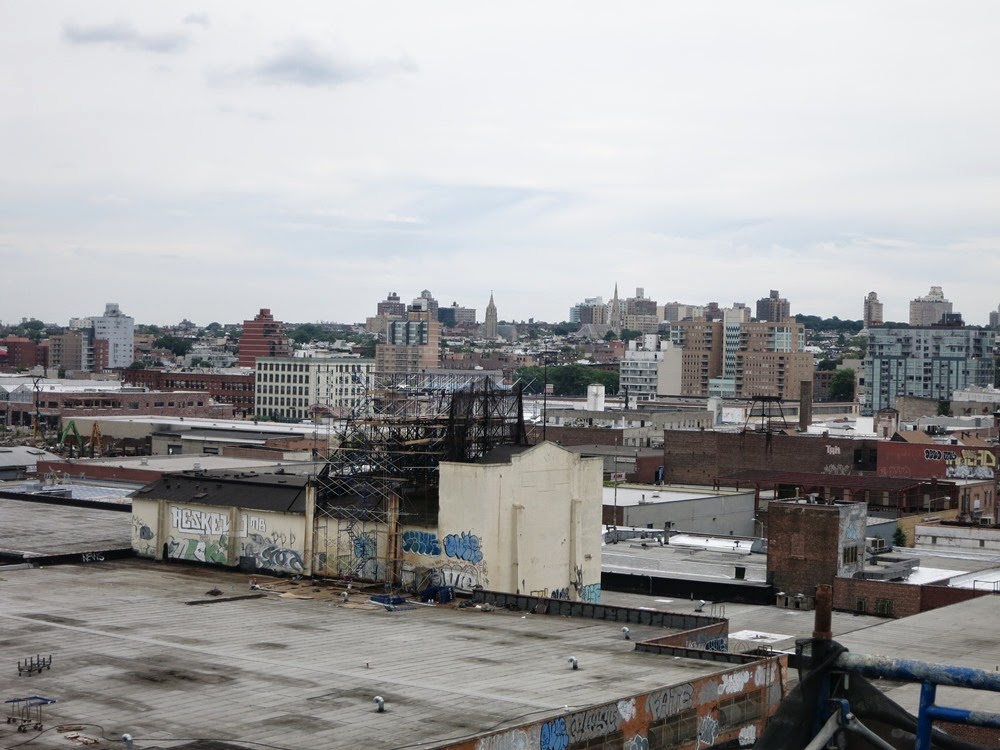 • And, in East Midtown, the bell has finally tolled for the Subway Inn, a survivor no more.  A closing date has been set at August 15th, but if experience is any teacher, I wouldn't wait around to pay my last respects.  Write-ups in Grub Street, Gothamist and the New York Times. 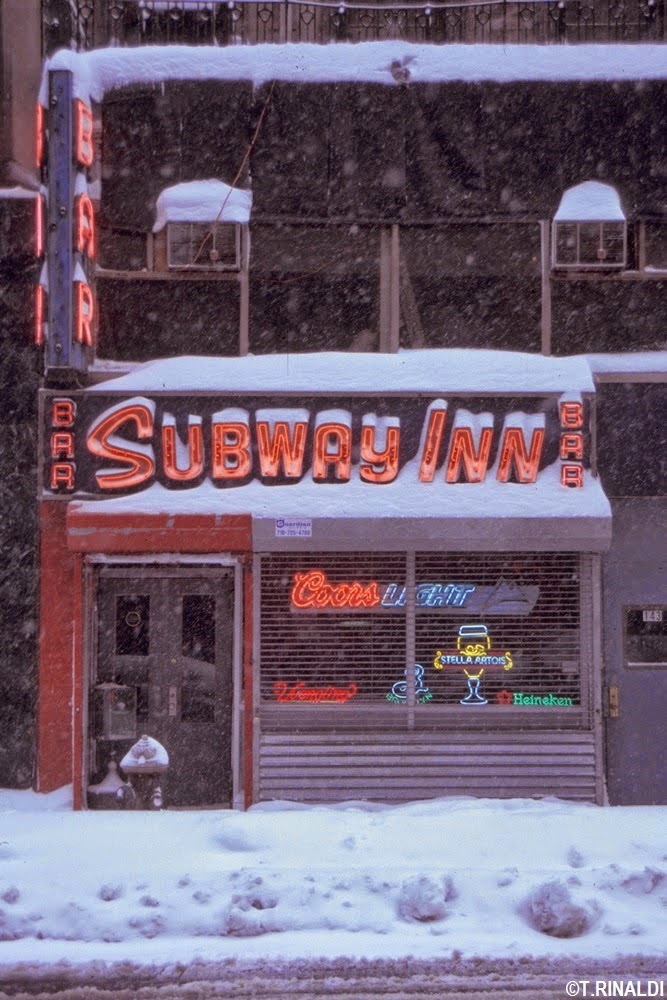 Next, the Weird News:

• Via James and Karla Murray, eyeglass retailer Warby Parker has taken over the former Lascoff's Pharmacy space on the Upper East Side.  The building and the storefront have been fairly heavily manhandled, but Lascoff's neon sign, in place since 1931, is still there, bizarrely denuded of some of its lettering since Lascoff's abruptly shuttered two years ago.  Could Warby Parker perhaps cleverly re-letter the sign and make it look a little less weird?  Please? 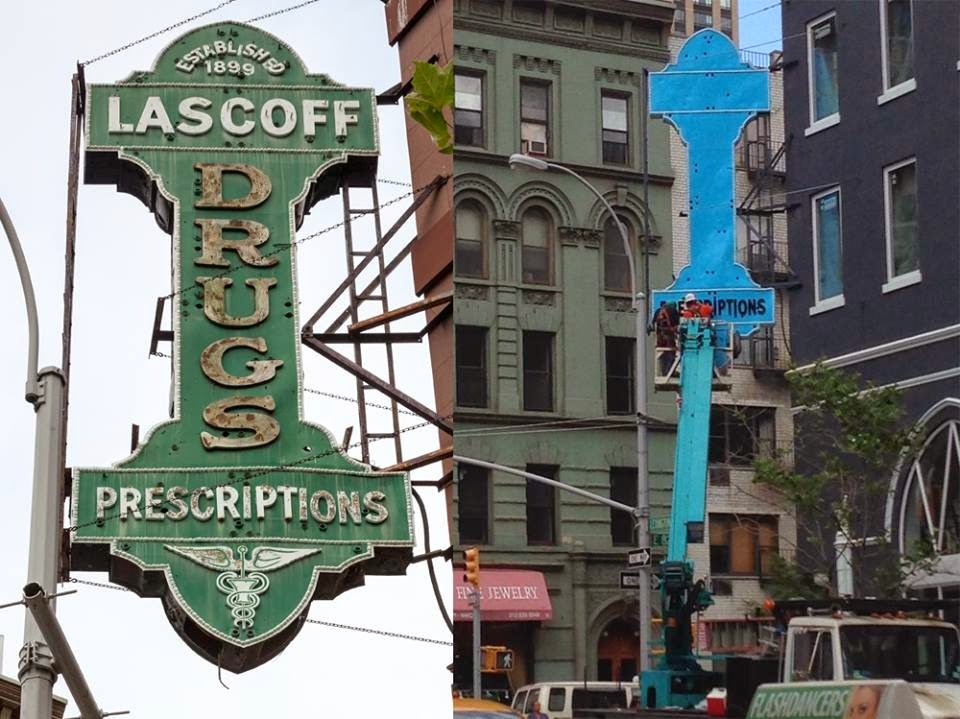 Moving on to the Good News:

• Let There Be Neon has completed its latest neon restoration, for the Tepee - a spectacular roadside relic in Cherry Valley, NY.
• And finally, for your viewing pleasure, a scene from Dallas' neon heyday, via Shorpy. 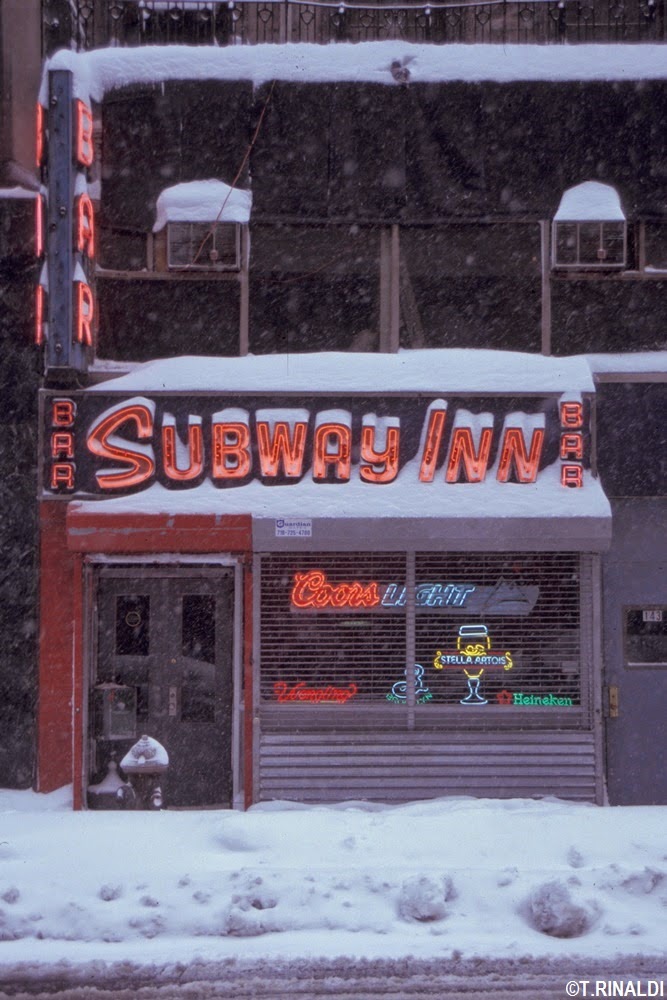 "Here in the shadow of Bloomingdale's lies a place
sheltered from the whims of fashion, a comfortable outpost
for those ill at ease amid the pretensions of Manhattan's well-to-do Upper East Side. The bar takes its name from the underground junction of the IRT and BMT subways almost directly beneath the jukebox by the door. Originally opened around 1934, the bar's ownership passed to Charlie Akerman after World War II, who commissioned the existing signs a few years later. Mr. Akerman ran the bar for nearly sixty years until his death at ninety-seven. A partnership of longtime bartenders took up the management thereafter."  (New York Neon)

In this second installment of miscellaneous neon signs spotted while browsing the NYPL's amazing collection of "Photographic Views of New York City," we get another time port into the streetscapes of midcentury New York.  Before restrictive zoning ordinances really kicked in, before economic stagnation lent the landscape that air of grit and decay that characterized the city by the 1970s, New York's commercial strips were literally abuzz with commercial activity, much of which expressed itself in one common medium: neon. 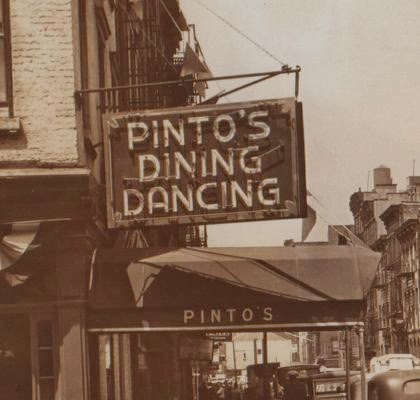 These photos are reminders that the small handful of old neon signs that survive today are just the tiniest sliver of the many thousands that once existed.  Today, the signs are preserved only in these old photos, which the NYPL had the foresight to commission back in the 1930s and 40s, specifically to create a visual record of the fast changing city. 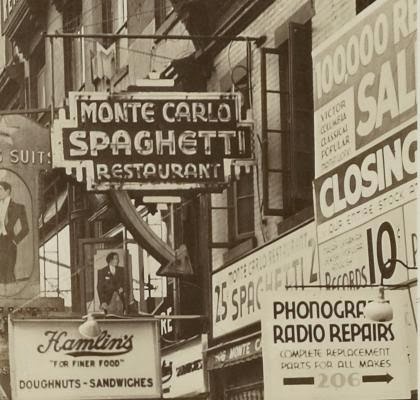 In recent years, the Library has done a brilliant job of digitizing this and other collections in its graphic holdings (all of these images are available for purchase at its online digital gallery).  Sadly, the NYPL lacks the resources to commission such photographs today; one wonders whether today's Google StreetView images will be preserved to become tomorrow's backward glance. 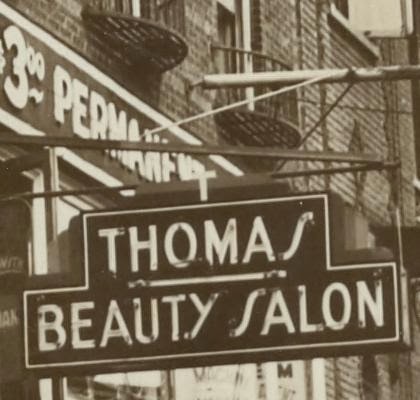 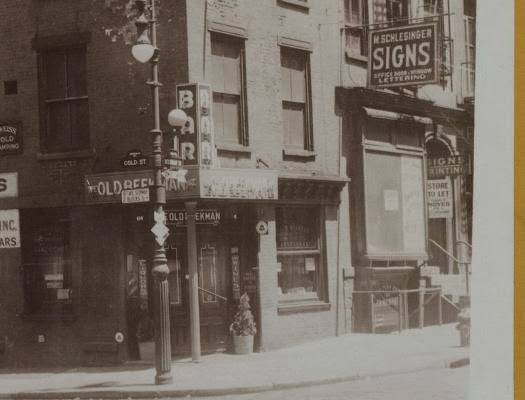 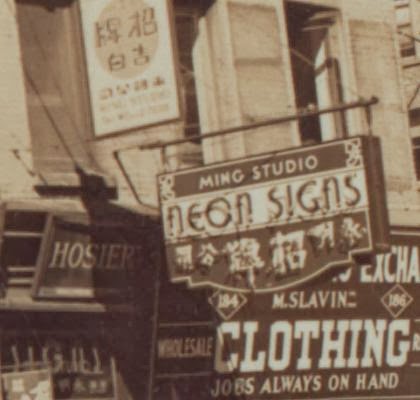 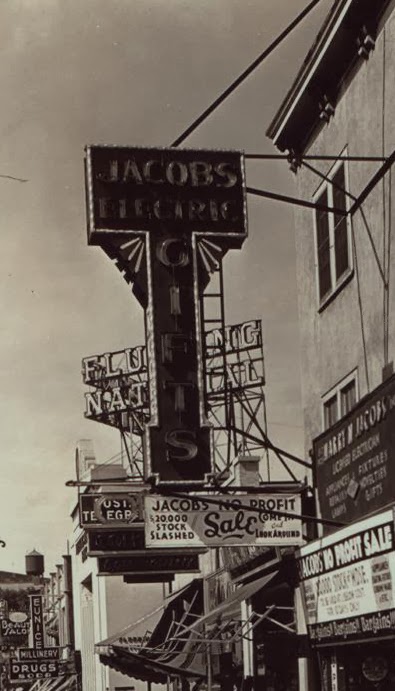 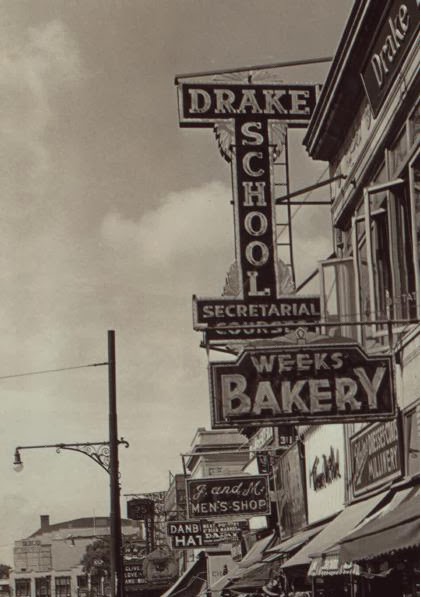 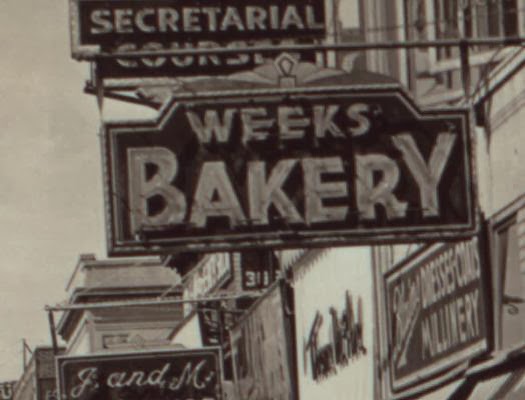 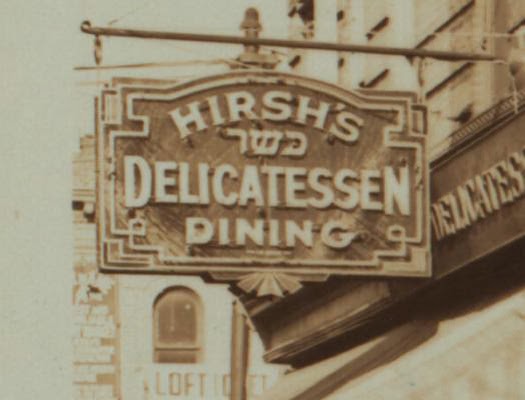 IN OTHER NEON NEWS:
• From CNN, a short video piece on the decline of neon in Hong Kong. Thanks to Christina Zdanowicz for this link.
• And: a very nicely curated homage to Hong Kong neon.
• "35 of America's Most Majestic Vintage Neon Signs," from Flavorwire. 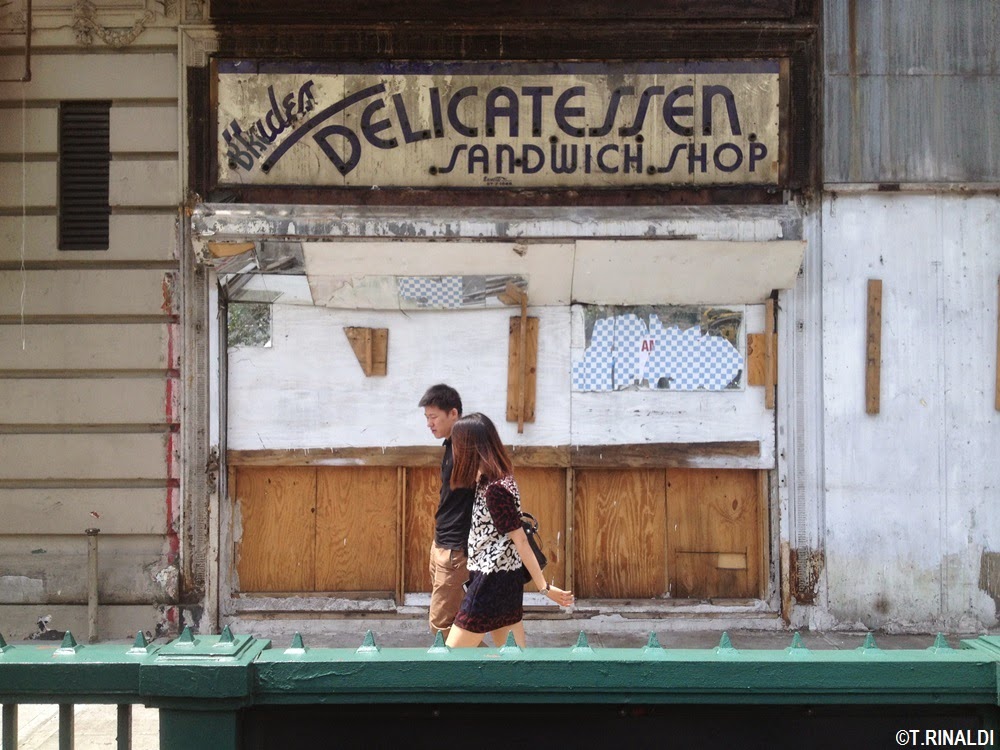 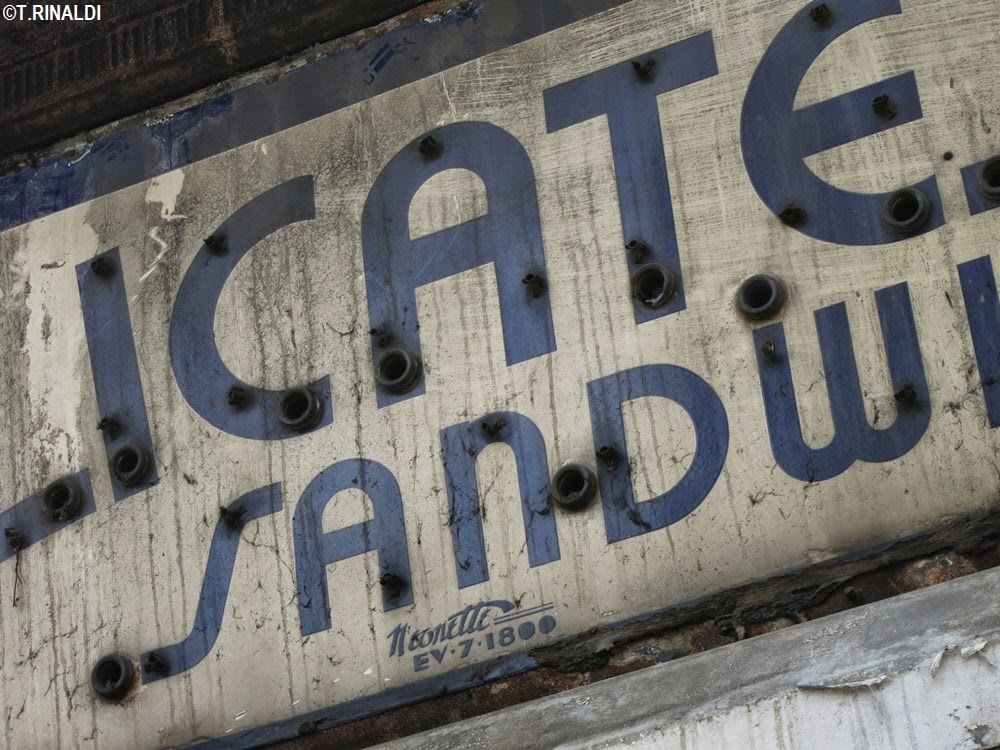 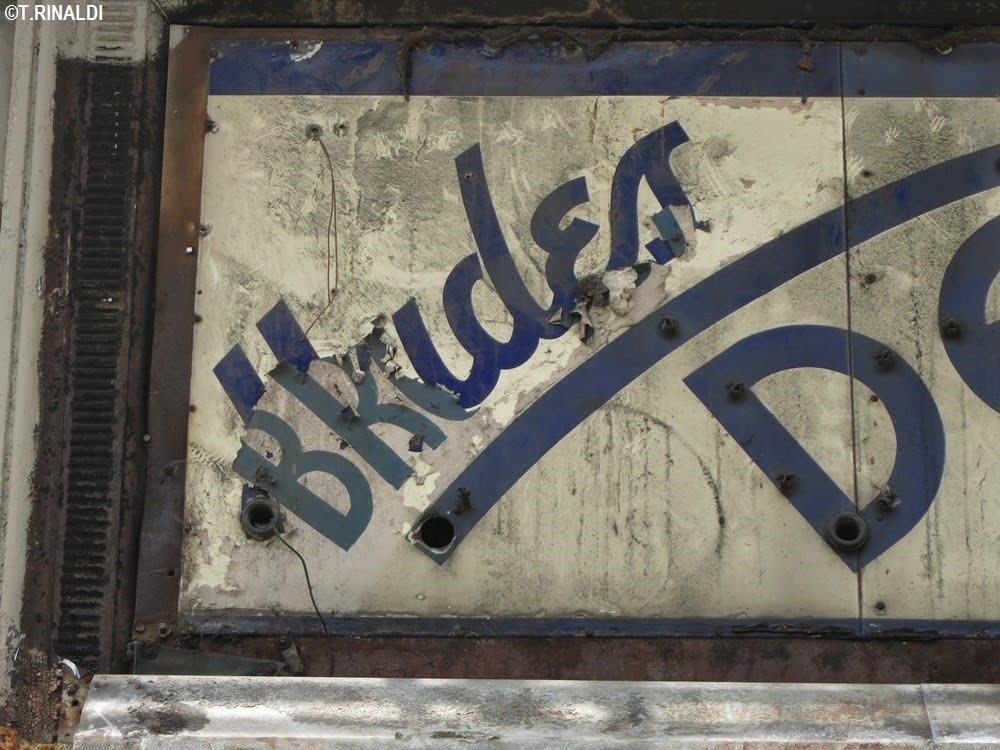 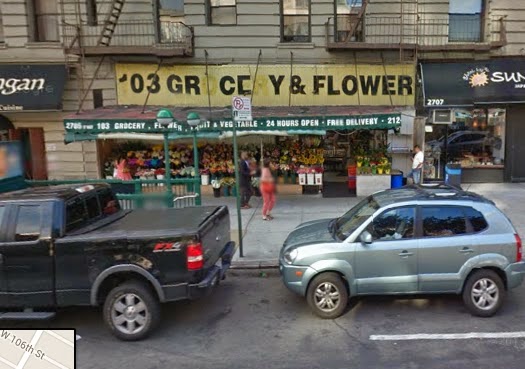 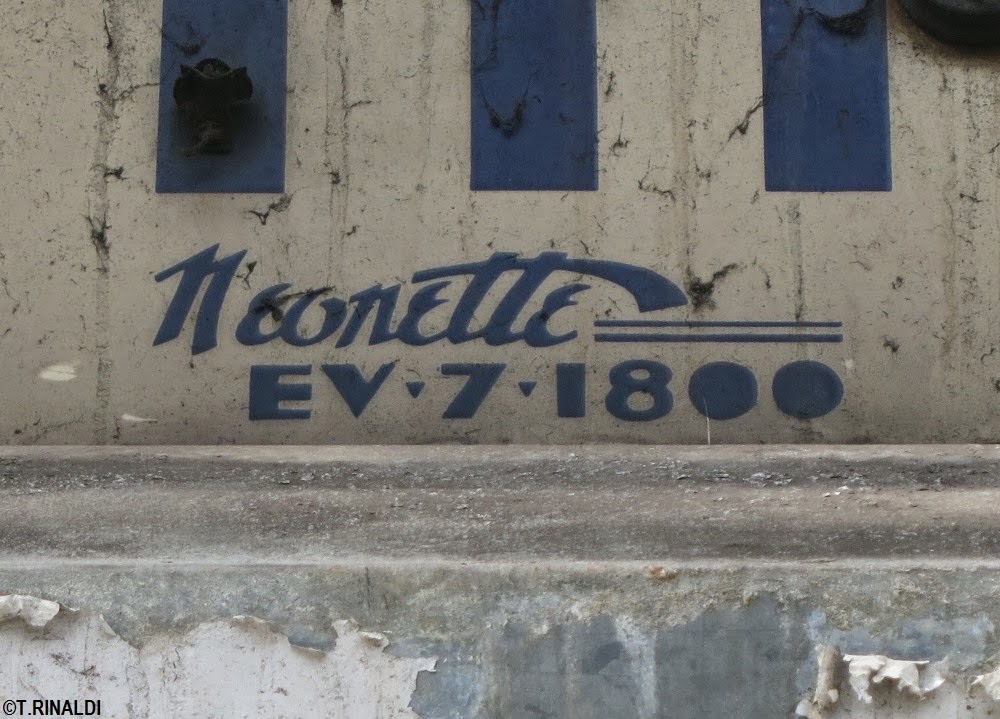 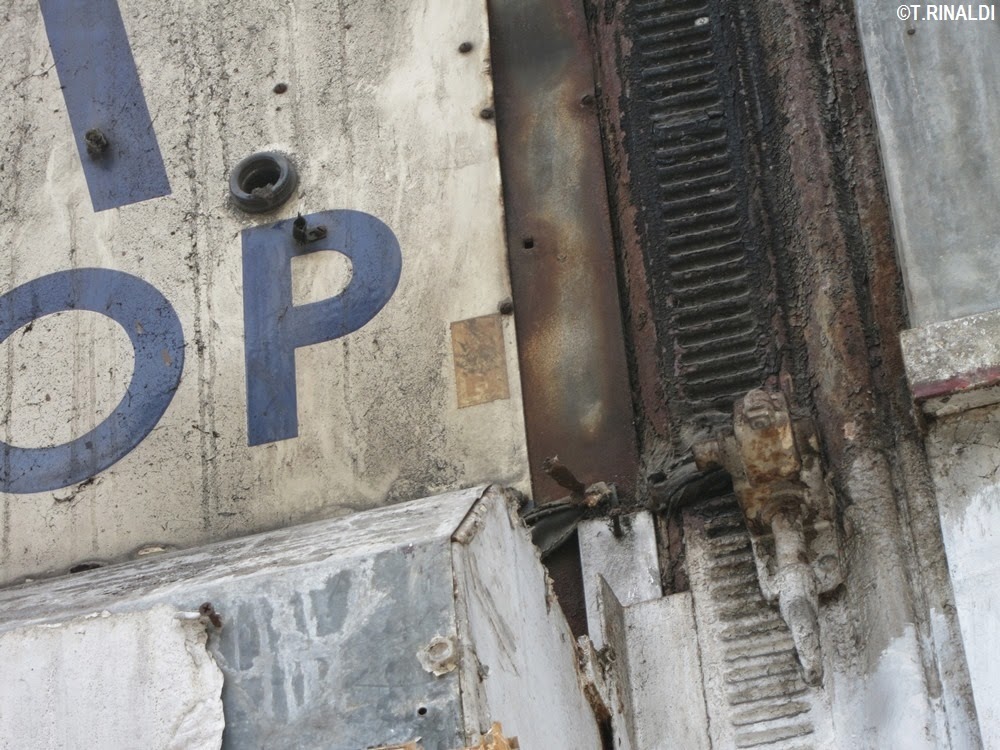