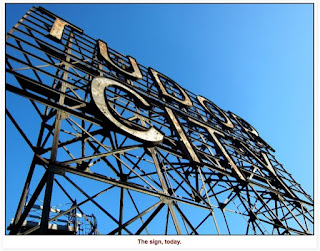 • Via the Tudor City Confidential blog, everything you ever wanted to know about Tudor City's giant ghost sign over East 42nd Street. 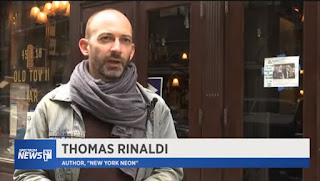 • Talkin' neon on TV!  In this short piece with NY1's Michael Scotto featuring sign shop Let There Be Neon. 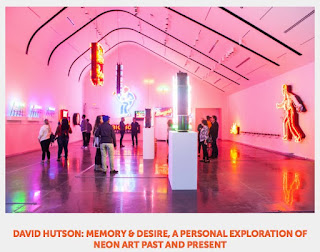 • In St. Louis, an exhibit of preserved neon signs will light up Laumeier Scuplture Park - hurry, it's only up through January 13, 2019.  More here. 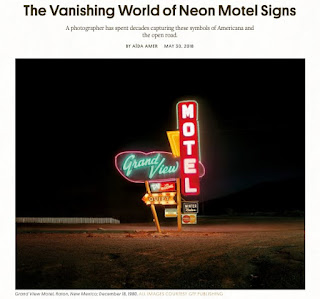 • At AtlasObscura, a photographic tribute to neon motel signs by Steve Fitch, and an interview with the photographer.

• From the Ephemeral NY blog, a remembrance of Manhattan's Lascoff Pharmacy, an Upper East Side institution for more than a century until it closed a few years ago.

(Daniel Weeks via the West Side Rag)

• In case you missed it (as I did), a wayback machine story from 2011: photographer Daniel Weeks' 1982 survey of Upper West Side storefronts (via the WestSideRag). 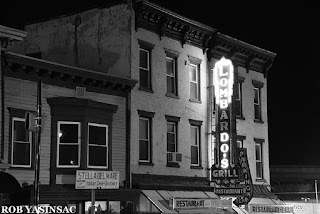 • Upstate in Albany, it's lights-out for one of New York State's greatest storefront signs as Lombardo's Italian Restaurant, a south-side landmark for more than 100 years, closed at the end of 2018.

• From Curbed: "There may be no designer who’s left so deep an imprint on downtown Austin as the antiques dealer turned neon restorer turned neon artist Evan Voyles." 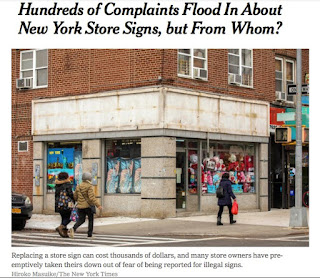 • Around the five boroughs, a mystery snitch has been anonymously ratting-out code-violating signs - some of them decades old - prompting a hellfire of steep fines for mom-and-pops all over town, many of whom have forfeited their old storefront signs in the process. 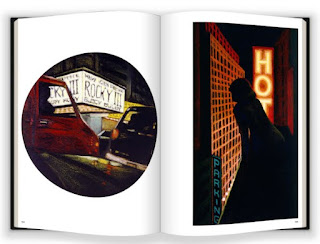 • "Jane Dickson in Times Square" - a new book featuring the work of artist Jane Dickson, whose photographs and paintings capture Times Square's glory days of grit perhaps more vividly than anything else you can fit on a coffee table. 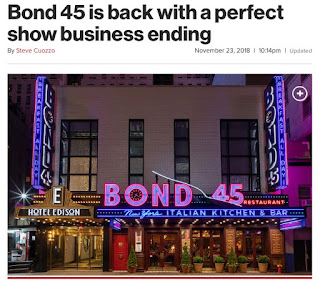 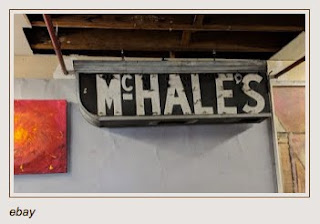 • McHale’s hide and seek: a chunk of a much-lamented neon storefront sign surfaced briefly on eBay, only to vanish again into the ether.

• Via AtlasObscura, a panorama of marquee neon nationwide. 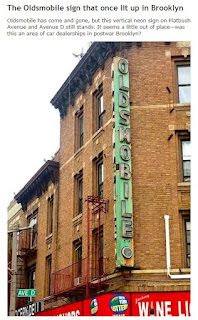 • At the Ephemeral NY blog, an homage to Brooklyn’s Ghostmobile neon. 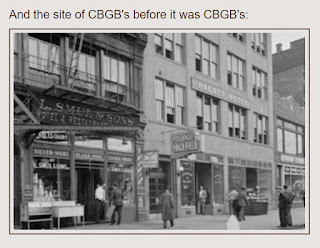 • Hold onto your horn rims:  at long last, the NYC Municipal Archives has posted the city's 1940s tax photos online, unleashing a veritable street view of the city as it looked at what was probably its neon heyday. 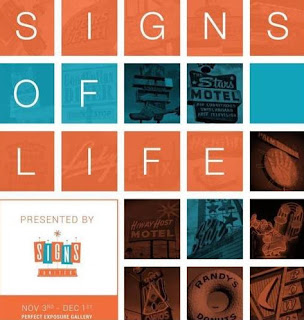 • If you missed it, you missed it - last year's "Signs of Life" photo exhibit at the Perfect Exposure Gallery in Alhambra, CA. 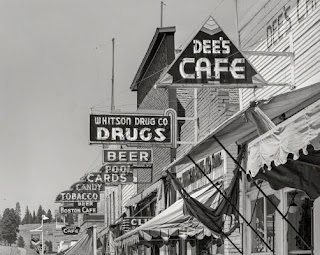 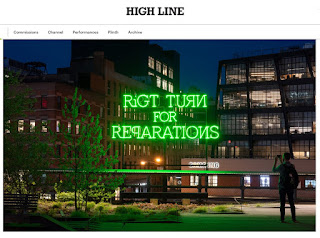 • Highline neon:  if you haven't yet, check out “Agora,” an outdoor exhbition of neon and other illuminated installations on the High Line through March.  More here at the New Yorker.
Posted by T.E. Rinaldi at 7:27 PM No comments: