Not quite neon, but still of interest, I hope.

So I'm walking down East 55th Street, just minding my own business, when an odd bit of commercial archeology caught my eye. Fifth Avenue in midtown is just about the last place on earth one might expect to run across such a relic, but there hanging over the awning of the super-swish St. Regis Hotel was something I'd never seen before. 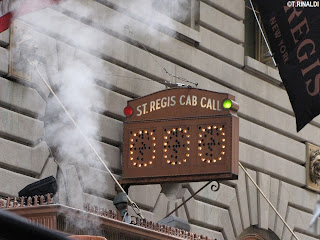 Thankfully, the lettering on the sign offers a clue to its raison d'etre:  "ST. REGIS CAB CALL," it says.  Otherwise, frankly, I wouldn’t know what the hell to make of it. The three incandescent digital panels below, it would seem, could be set to indicate any number up to nine-hundred ninety-nine.

Not long after spotting this, I began to notice other signs like it in old photographs of the New York City streets.  Apparently, cab call signs were once fairly common, found at places like the old Metropolitan Opera on Broadway, or the Plaza Hotel – basically, anywhere you'd expect to find cabs lined up. 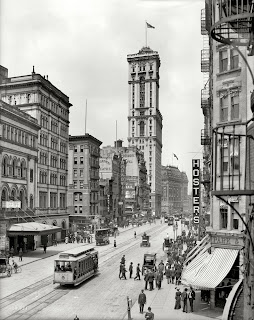 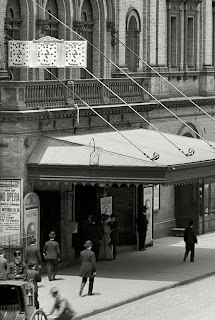 Today the cab call signs seem all to have vanished, with this one exception.  Sort of remarkably, the St. Regis keeps the sign in working condition: the numbers are set to read zero-zero-zero now, making this perhaps the very last authentic, functional, exposed bulb sign of its type in the city. 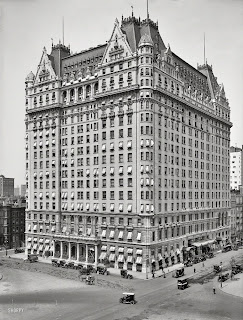 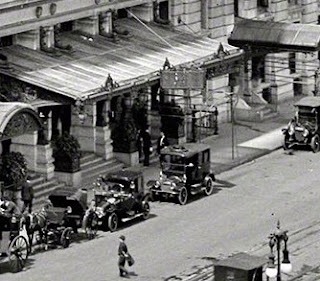 The mystery, though, is this: so how did it work?  Were the numbers supposed to indicate how many fares were lined up under the awning?  Would this really require a three-digit number?  Or was there some other secret code going on? 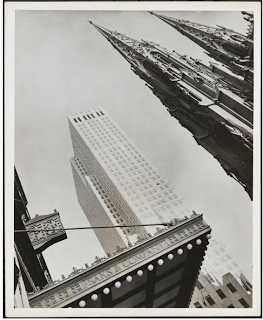 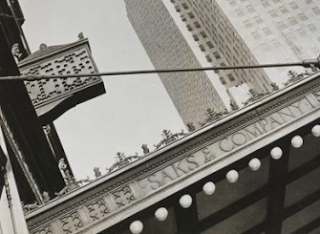 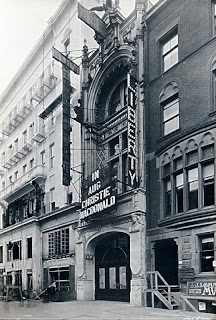 IN OTHER NEON NEWS:
• Riverside Liquors on the Upper West Side is moving - and they're taking their sign with them.
• Mystery neon brought to you by the MCNY.
• Check out Kirsten Hively's neon photos at Cafe Grumpy in Greenpoint, Brooklyn.