A none-too-optimistic update on the ancient sign at Lascoff's Drugs: the American Sign Museum in Cincinnati offered to make arrangements to have the sign brought to its sign heaven in Ohio, so on Saturday (July 21) I went up to the store to leave a note asking the owners to contact the museum if they were interested in working something out. 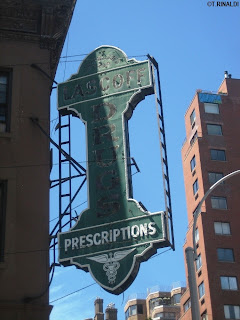 No one contacted the museum.  Then, on Monday (July 23) I learned (via Wayne Heller at Lite Brite Neon) that the sign had been listed for sale on Craigslist. 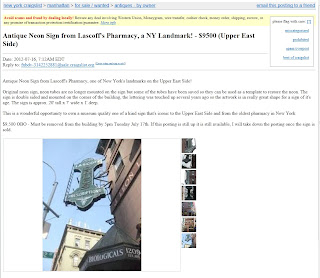 Lascoff's "museum quality" sign could have been yours via Craigslist. (Craigslist)

The ad was posted on July 16 with the caveat that the sign had to be removed by the next day, but the listing remained online through the 23rd (it's gone now) and the sign was still there as of Tuesday the 24th (though most of its lettering has been carefully removed, apparently for salvage).  I replied to the ad but once again got no answer, so, sadly, we are left to watch and wait. 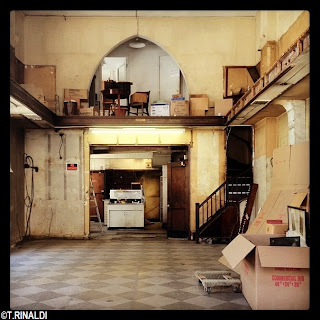 What can I say that hasn't been said already, except - three lovely lady restaurateurs, three lovely signs.  Let's hope Sylvia's will be here for a long time to come. 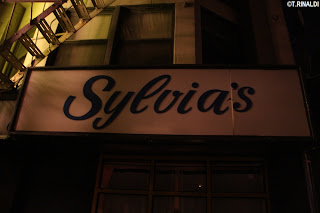 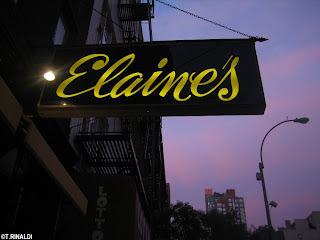 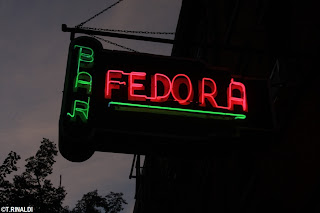 • On a happier note, Debra Jane is back on the road, making daily posts brimming with vintage sign porn par excellence through mid-August.
• By way of JVNY - Manganaro's closed back in March and now the sign is gone too: replaced, at least, with a well-intended approximation of its predecessor.  (The new business looks promising as well.)
• Special thanks to the Postcards from Hell's Kitchen blog for the shout-out this week!
• From the Up-For-Grabs department: Duke's Bar on East 19th Street is entertaining bids for a c. 1950s liquor store sign that has decorated its back room for the past decade or so.  Photo here.