Valentine's Day, thank God, comes only once a year.  Apart from those rare occasions when I am actually dating someone on this grim holiday, my own V.D. ritual usually involves a 40-ounce bottle and a good romance movie - you know, something like Sid and Nancy or Elevator to the Gallows.  This year, however, I thought I'd take it up a notch and tip my hat to those establishments whose dedication to romance is truly above and beyond. 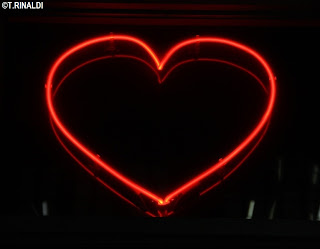 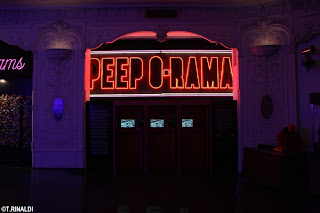 Like a caged specimen of some once-threatening endangered species, a genuine 42nd Street PEEP O-RAMA sign now hangs in the Times Square Visitors Center, preserved with the help of the Durst Organization and lovingly restored by Let There Be Neon.  Vinyl awnings and standard plexiglas box signs meanwhile have taken the place of neon at some of the few good old fashioned sex shops that survive. 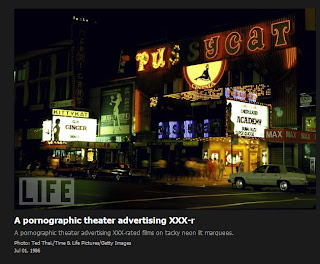 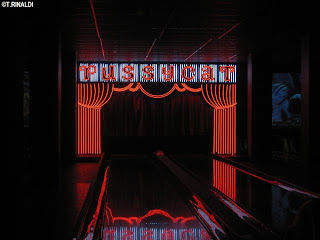 The vanished Pussycat Theater, formerly at 49th and Broadway (top) has been re-enacted at the new Bowlmor Lanes on West 44th Street (bottom). (Time-Life; T. Rinaldi)

To be sure, the glory days of neon-bedecked smut parlors are behind us.  But neon's association with these businesses continues to season our long, tempestuous love affair with this most bewitching artificial light source.  There is something we like about neon's dark side.  Perhaps it is because it reminds us a little bit of ourselves, of our own human weaknesses and shortcomings.  Or maybe it just lends character to an otherwise inanimate street furnishing. 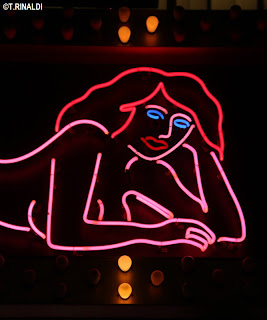 Whatever the case may be, these sexy holdouts add much needed relief to New York's increasingly sanitized streetscapes. Long may you run, you naked neon ladies!  Hallmark holidays may come and go, but every day is Valentine's Day where neon hearts glow. 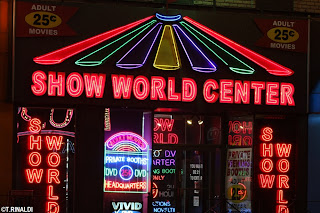 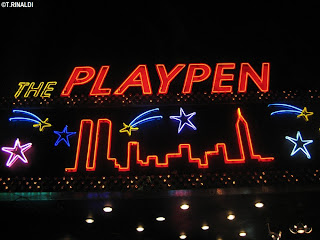 The one and only Playpen was housed in the former Ideal Theatre on Eighth Avenue and West 44th Street. The historic movie house was razed around 2007 to make way for the Intercontinental Hotel, with Shake Shack on the ground floor.  (T. Rinaldi) 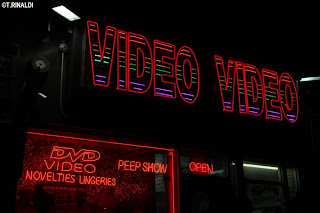 A name so nice they gave it to it twice.  Sixth Avenue at 24th Street. (T. Rinaldi) 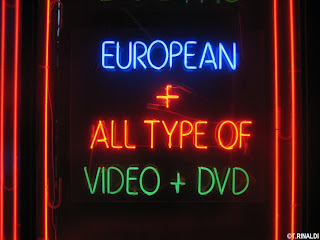 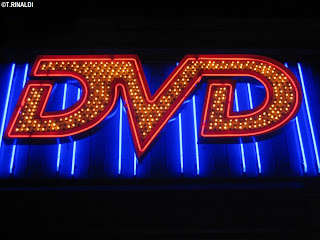 An exciting, scintillating representation of the DVD logo at Eighth Avenue and West 47th Street.  Sadly this sign has gone dark with the eviction of the building's tenants (including the Collins Bar) to make way for an apparent redevelopment scheme. (T. Rinaldi) 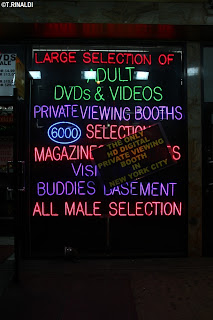 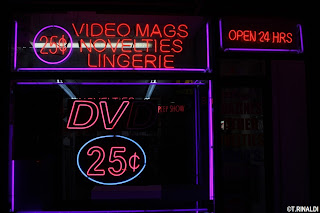 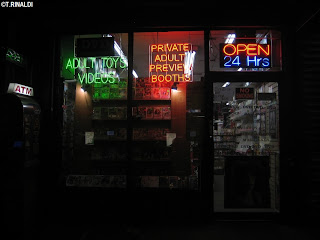 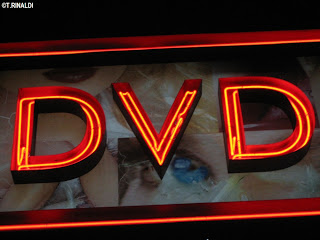 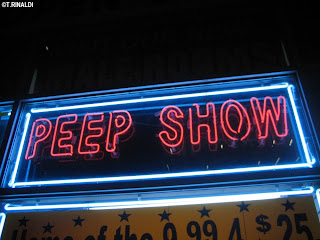 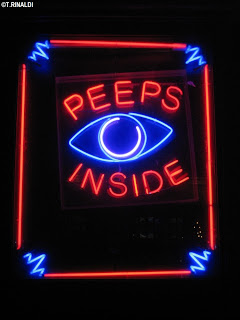 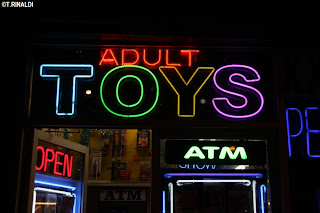 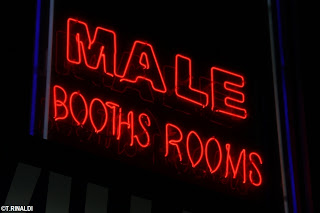 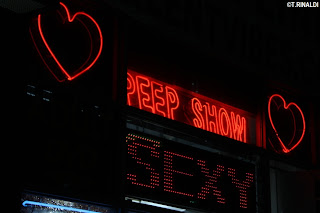 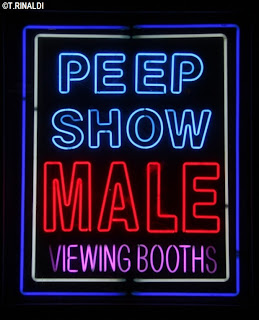 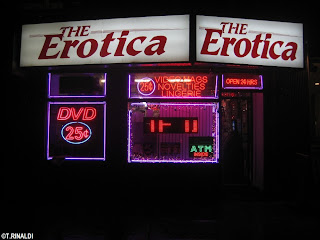 • Welcome news that the Jade Mountain signs have been preserved and are in storage, a bit worse for wear, awaiting restoration.  More on this in a forthcoming blog post.

• A few new additions to the database at nyneon.org, including: