I suspect I am not alone in having secretly longed for some kind of mandatory downtime to come along and keep me corralled at home with nothing to do but catch up on a long list of backlogged projects. Cleaning out the linen closet, finally cookin' up those hotdogs that have been peeking out at me from the back of the freezer for the past decade, and - yes - whipping up a post or two for the old neon blog.  Pandemic wasn't quite what I had in mind, but - well folks, here we are.  As I write this (April 2020) there's no telling how long our Covid-19 sequester will last - long enough, at least, to check-in on a few neon news items, starting here with part one of at least two. Enjoy these in good health and solitude. 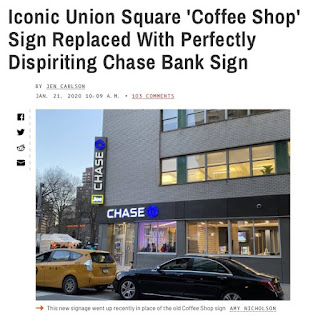 • Covid-19 might get you in the lungs, but this one's coming straight for your gut: the landmark Coffee Shop sign on Union Square is gone.  The Coffee Shop shuttered in 2018 in the face of a crushing rent hike. After months sitting empty, the space finally revived (if you can call it that) as a Chase Bank branch in late 2019.  When the old sign, a favorite of many, disappeared just before New Year's, some of us crossed our fingers that it might just be out for restoration.  Alas, this was too good to hope for: a plastic-faced LED sign appeared in its place.  As a tribute to its predecessor, the new sign is salt in the wound, arguably worse than nothing at all. In a fateful twist (of the knife), the shuttered eatery had opened decades ago as the Chase Coffee Shop, an irony attested to by script lettering cast into its vestibule floor.  Of course, Chase (the bank) got rid of that, too. 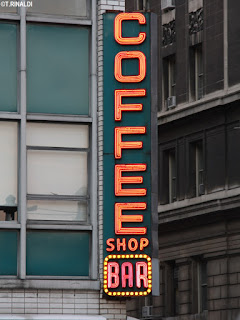 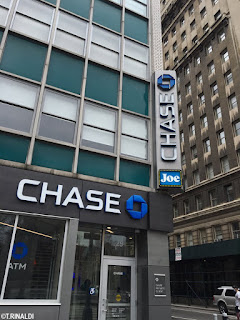 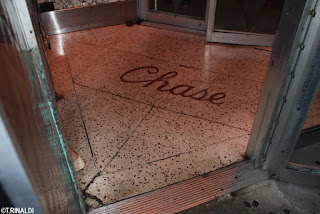 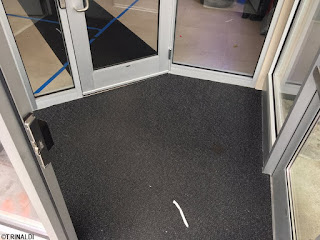 Chase then and now. (T. Rinaldi) 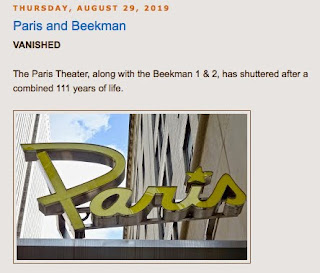 • Last summer New York lost its cherished Paris Theatre, then got it back again a few weeks later, reincarnated as a special screening venue for Netflix. 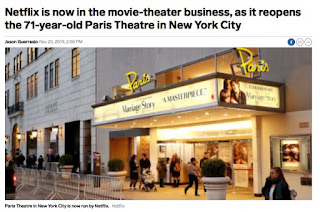 • Via the Jeremiah's Vanishing NY blog: De Robertis' Pastry Shop disappeared back in 2014 and last year so too did its timeworn relic sign. 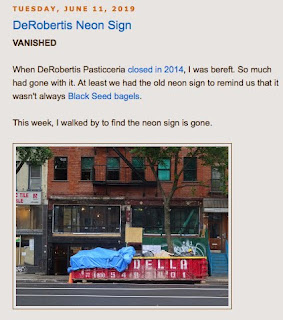 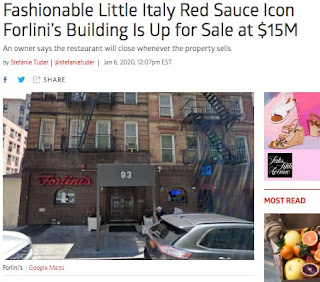 • From the not-neon-but-still-cool department: Photographer Arthur Riley's Dash to Document Every Diner in New York (via Preservation Mag Online). 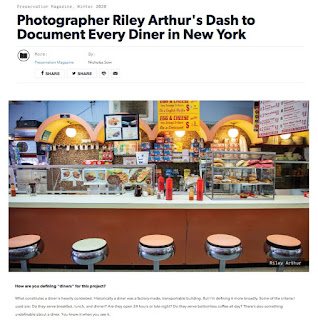 • Via the Ephemeral NY Blog: a remembrance of New York's vanished network of neon-encrusted McAnn's Bars. 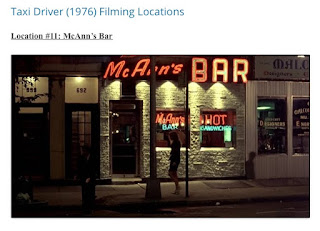 • In upstate NY, Coxsackie's triple-screen Hi-Way Drive-In Theatre is up for sale. 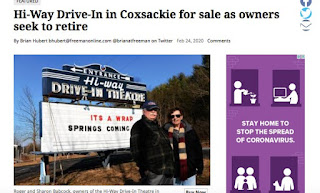 • From way out west: meet Bea Haverfield, designer of iconic signs in midcentury Seattle (via the Seattle Times). 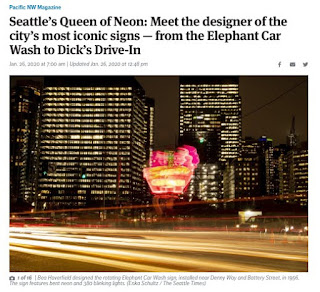 • From the king's ransom department: a neon-lit boot from the vanished Regal Shoe chain has turned up on eBay. 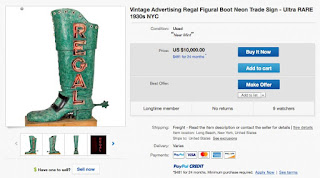 • Feeling cooped up? Now might be a great time for a virtual road trip with Debra Jane Seltzer, inimitable documentarian of signs and roadside architecture. Debra Jane piloted her trusty van Sparkle on a 29-day road trip last year from Louisiana to Oklahoma, publishing the outtakes in a series of blog posts starting last June. "I put another 12,519 miles on Sparkle's odometer (nearly 500,000 now).  That's an average of about 417 miles per day.  I took more than 4,000 photos.  I spent $2231 on gas (about $74 per day).  Granted, Sparkle only gets about 17mpg but when you're traveling with four dogs & you need the space for clothes, human/dog supplies & other stuff, you gotta suck that up." You can track the trip by starting with this kick-off post and following along with the series that follow.  And check out Debra Jane's what's new page at her main web archive. • From the Shorpy blog, a nationwide roundup of scenes from the neon-lit past, most of them captured by photographers shooting under the auspices of the federal government's WPA-era Farm Security and Resettlement administrations in the lead-up to WWII: 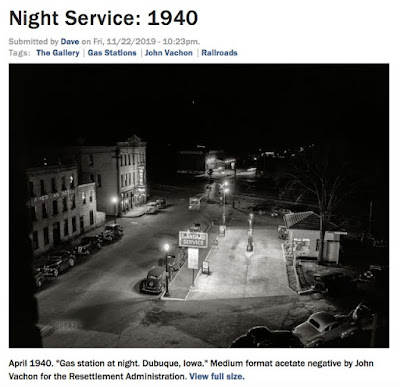 • Check out NEON SPECTACULAR: JAPAN, a Kickstarter project by Kody Shafer who has set out to document Japan's famous neon-lit commercial landscape as it fades to LED.

• From KQED in San Francisco, a videographic appreciation of the signs by the bay. 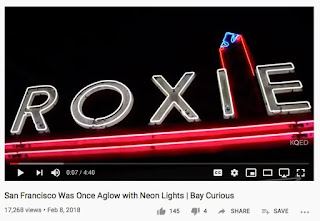 • And finally, wrapping up on an up-beat bit of New York neon news: a happy development in the on-again-off-again restoration of the Loft's Candies storefront on Nassau Street in Lower Manhattan, whose neon tubes are back in place. We'll be keeping tabs for more on this as it continues to develop. 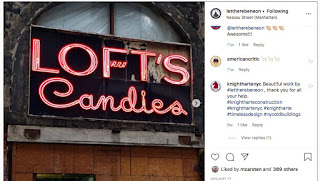 That's all for Part 1.  Thanks to all who sent me tip-offs for the above.  Stay well, stay safe, stay home and stay tuned for more neon news later this month.