Amid the recent flurry of stress-inducing headlines here at home, this seems like as good a time as any for a little retreat down memory lane - more than 10 years and 5,000 miles down memory lane, in fact, south of the border, south of the equator, to Buenos Aires, where I found myself in November 2006. 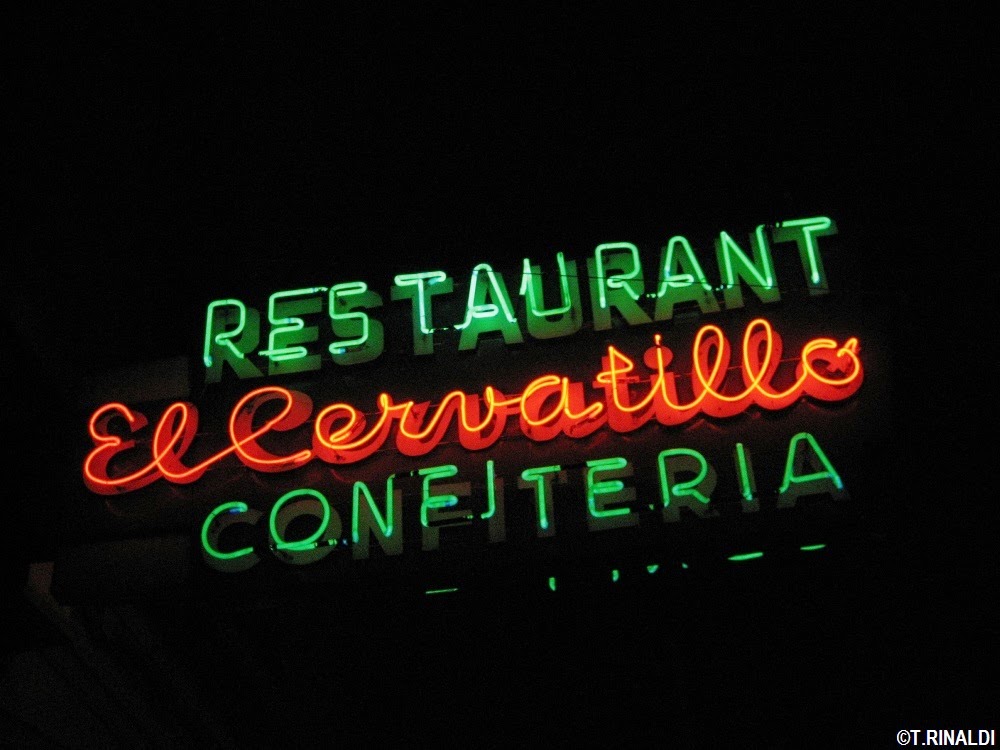 Buenos Aires back then was a purgatory of beautiful people living among beautiful relics.  One couldn't tell whether this owed more to economic realities or to an ingrained reluctance to part with relics of the past.  From high-ceilinged coffee shops to the incandescent glow of century-old subway cars then still rolling beneath Avenida Mayo, Buenos Aires felt like a portal into an earlier time. 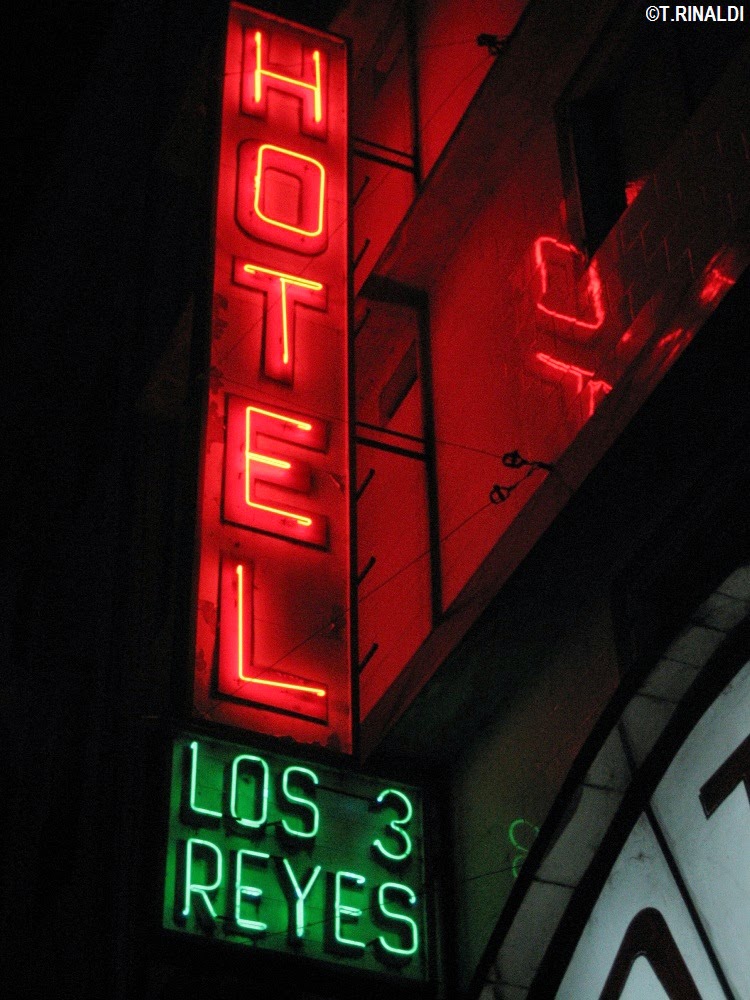 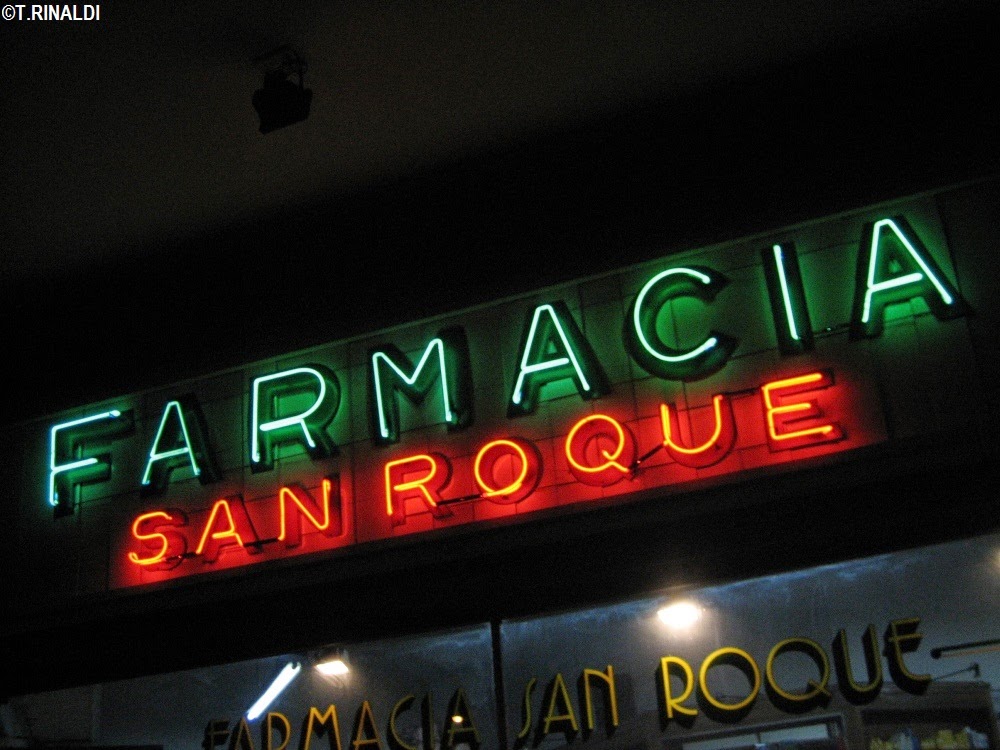 This condition extended to the city's neon.  Old signs presented themselves around every corner.  After the trip, I found myself back in New York with a small album of Buenos Aires neon that became one of my favorite souvenirs of Argentina.  As it happened, I had just begun scouting New York's old signs for the project that eventually became the New York Neon book.  Buenos Aires and other towns on the way to Patagonia turned out to be a proving ground for the photographic approach I would take to record old signs back home. 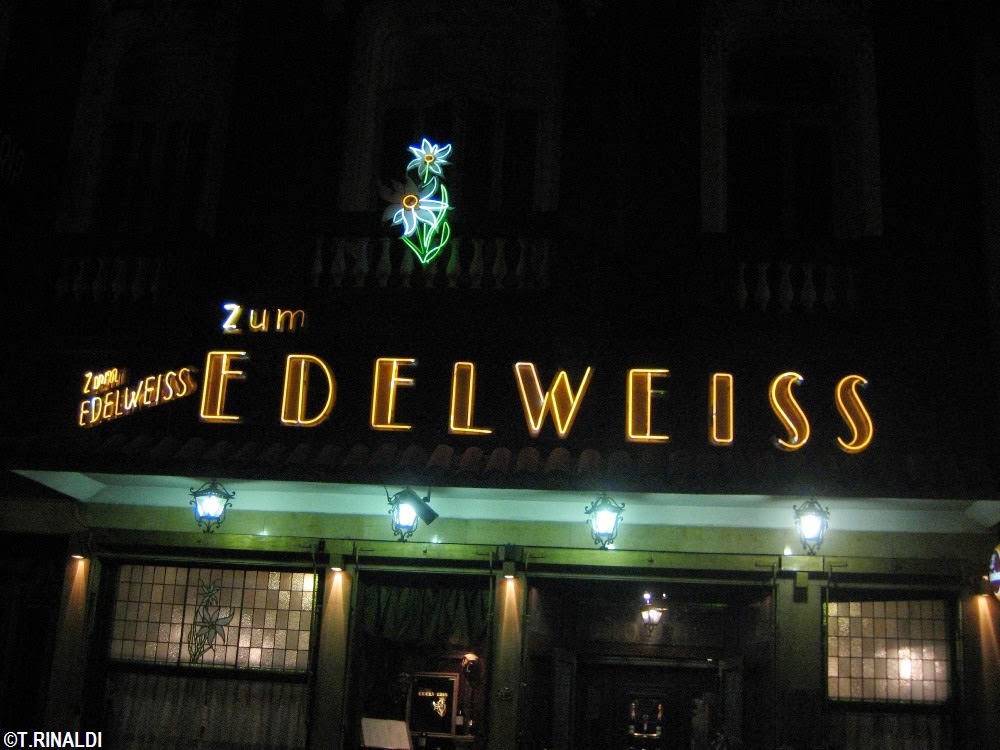 I haven't been back to Argentina since that trip in 2006, leaving me to wonder what's become of these old places.  Like so many of New York's neon landmarks that have vanished in the years since then, these visions of Argentina flicker on in my memory. 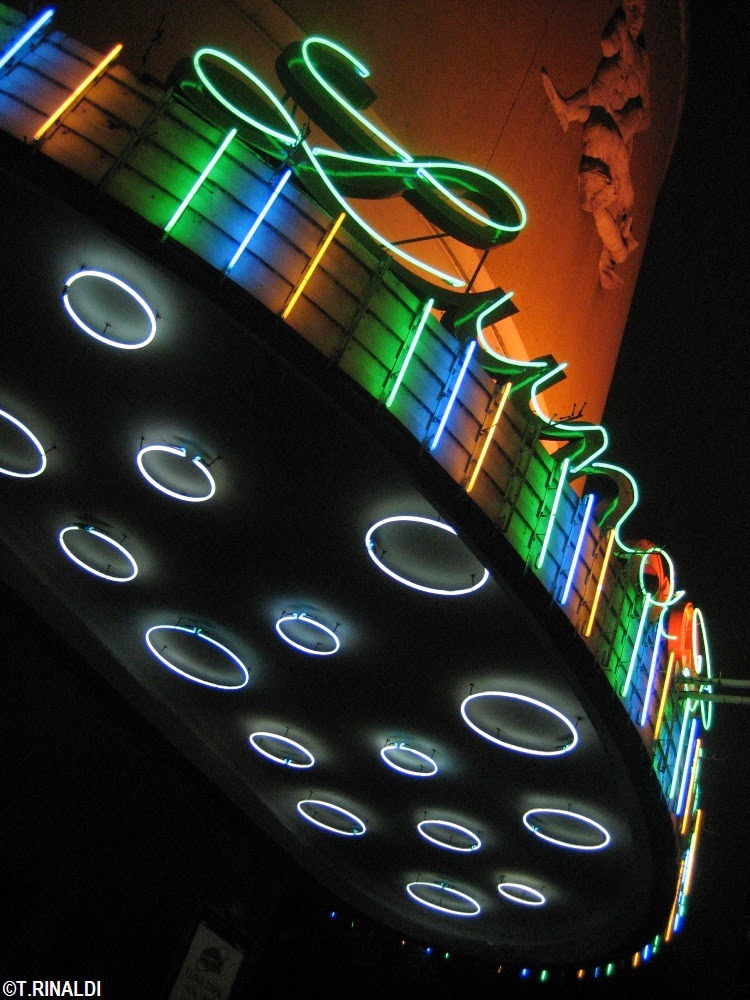 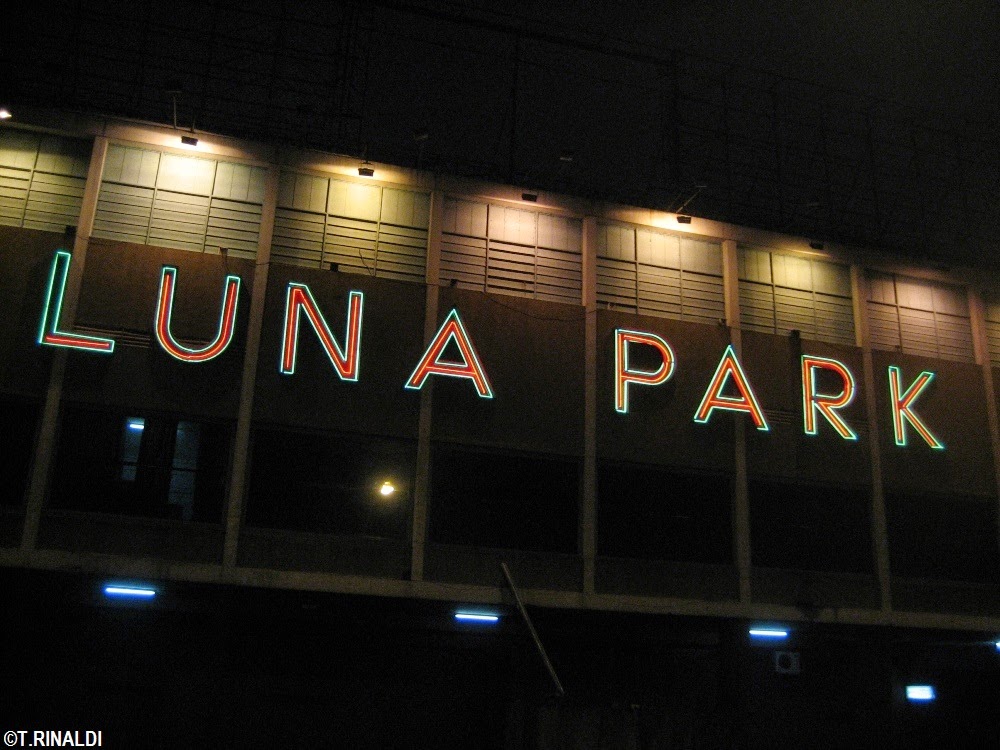 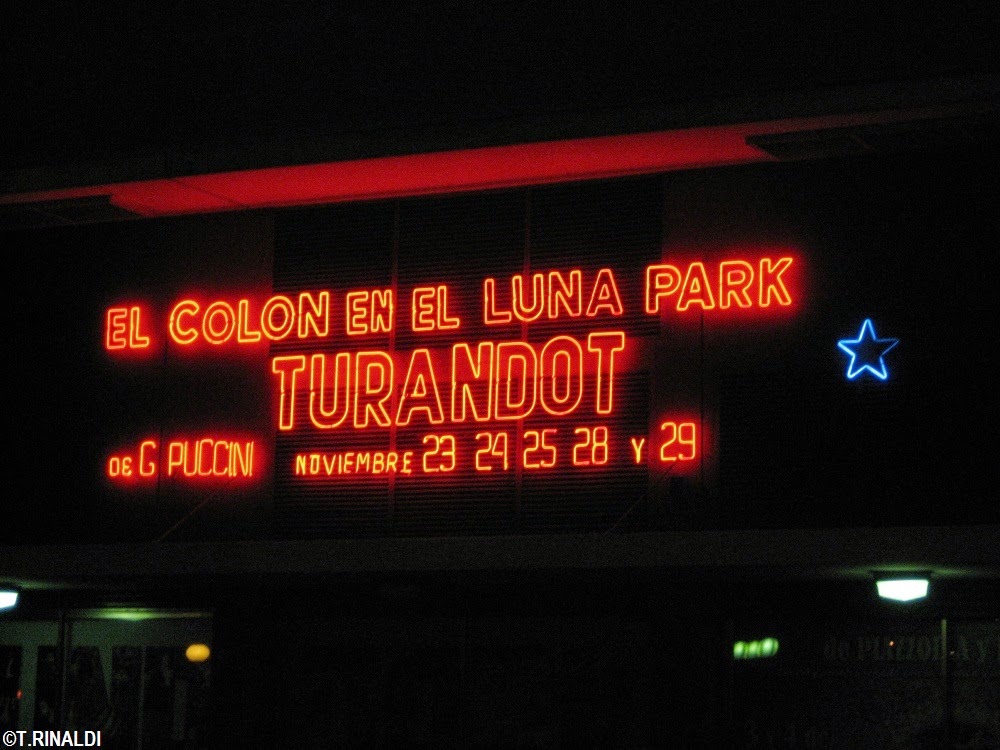 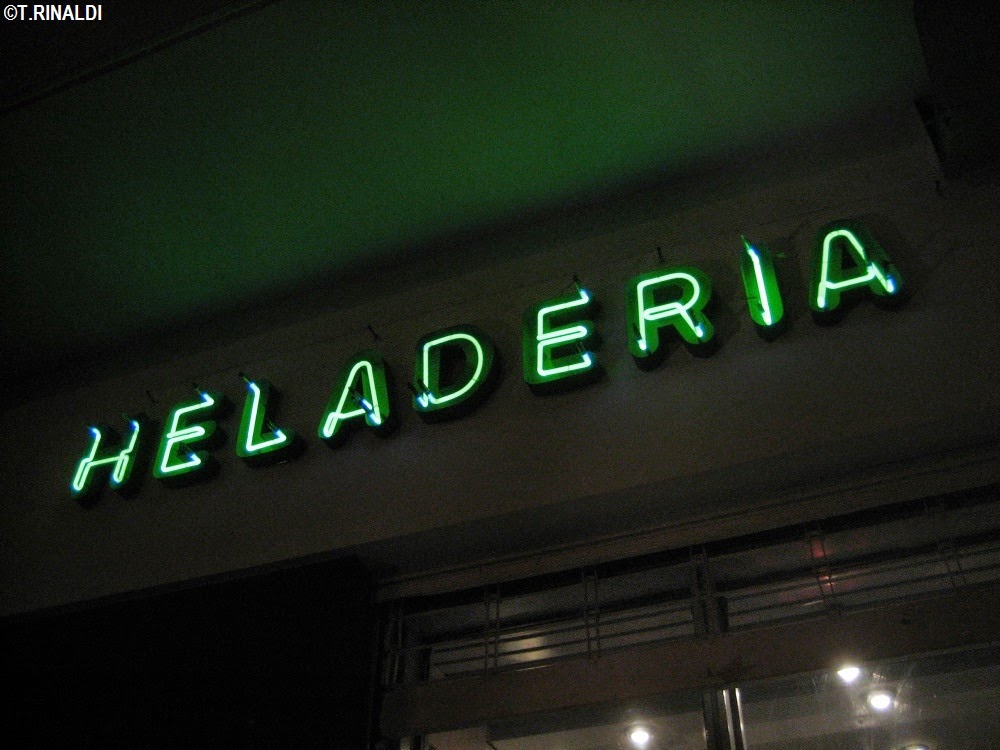 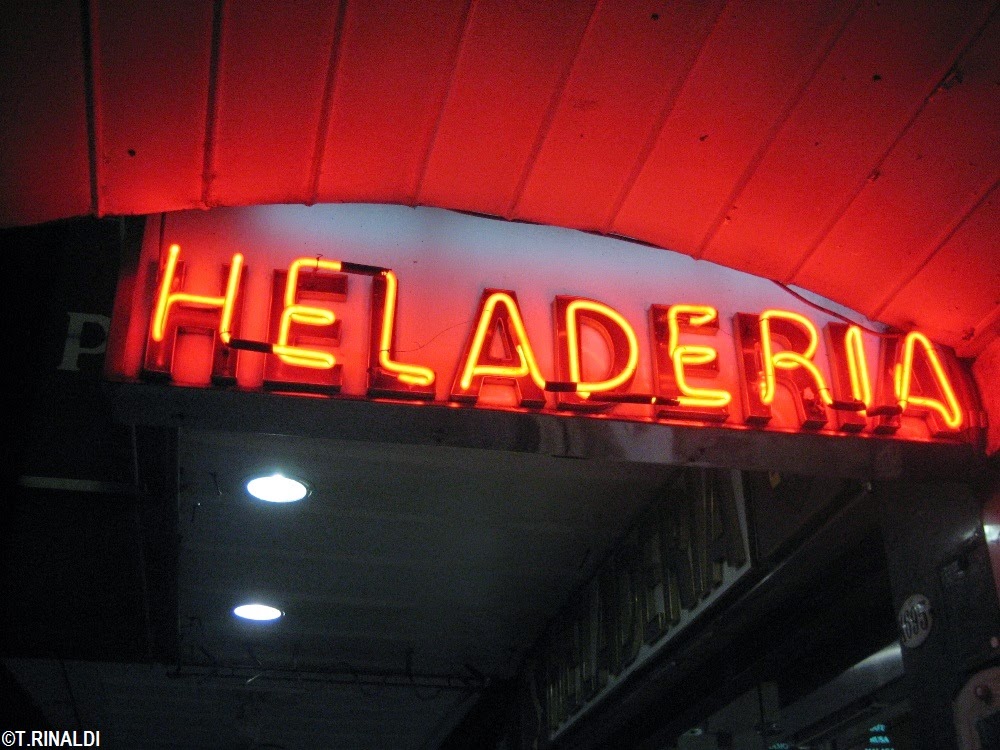 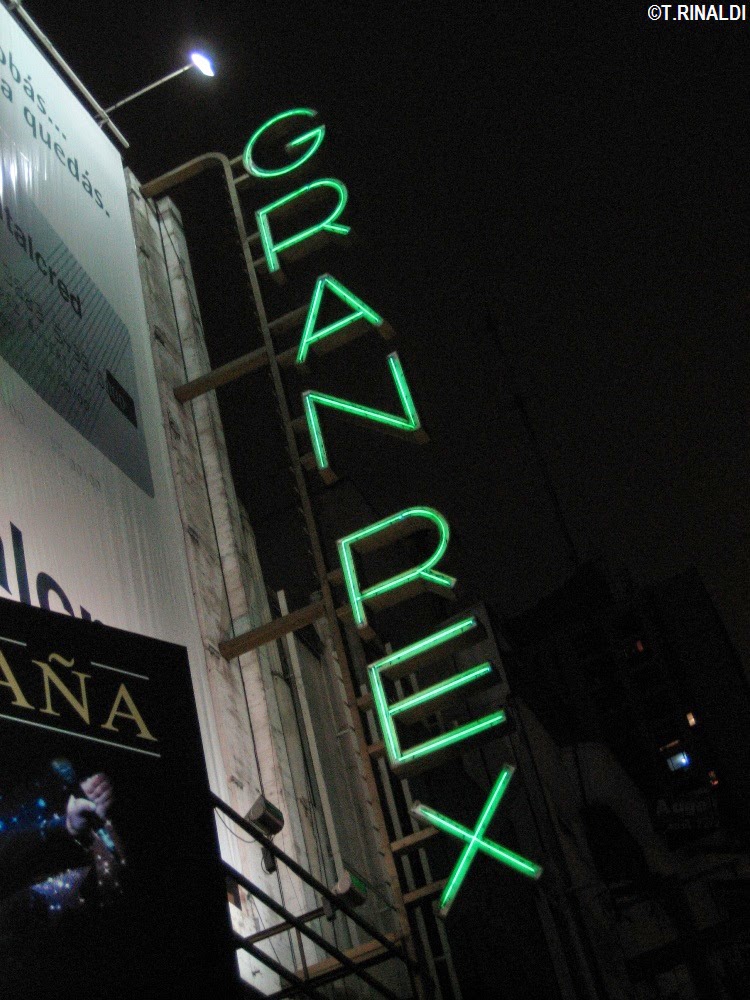 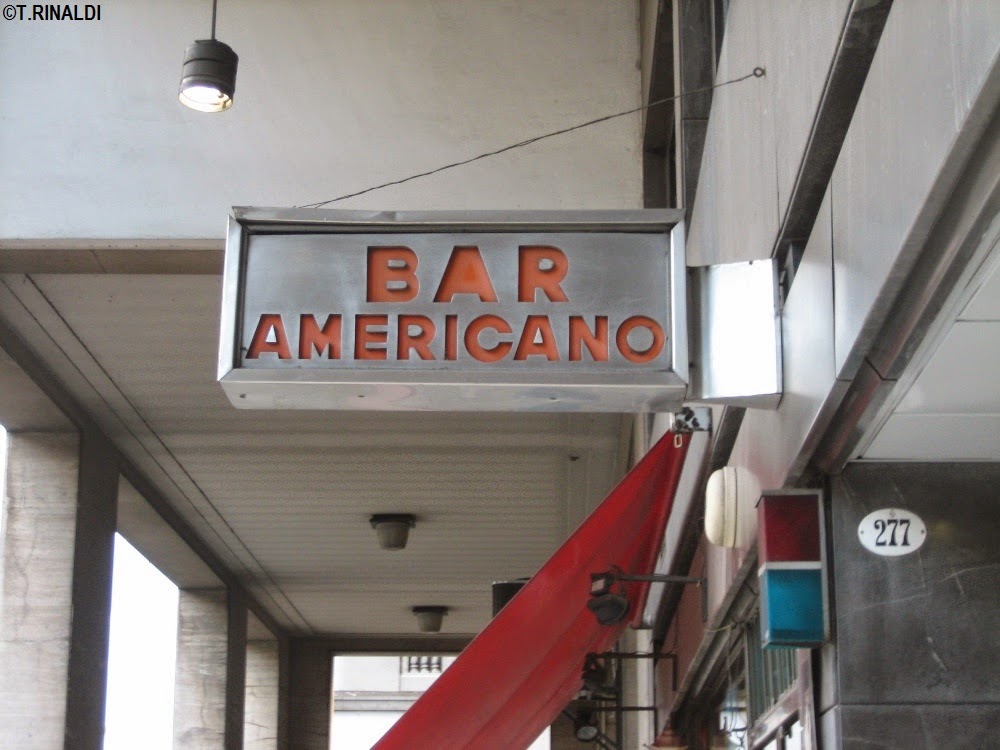 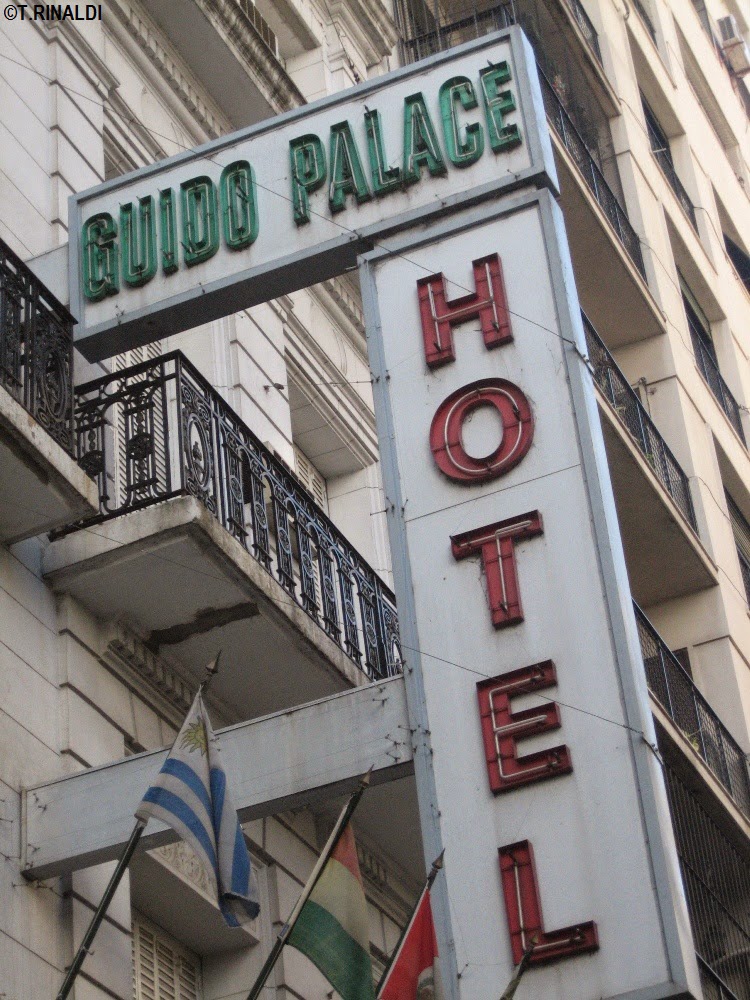 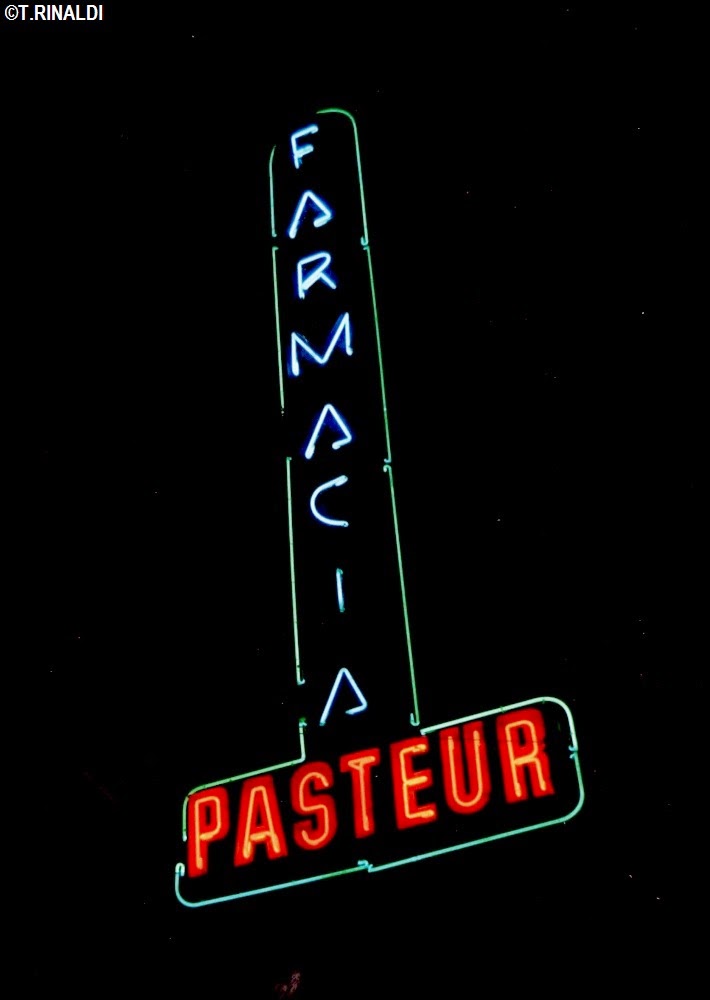 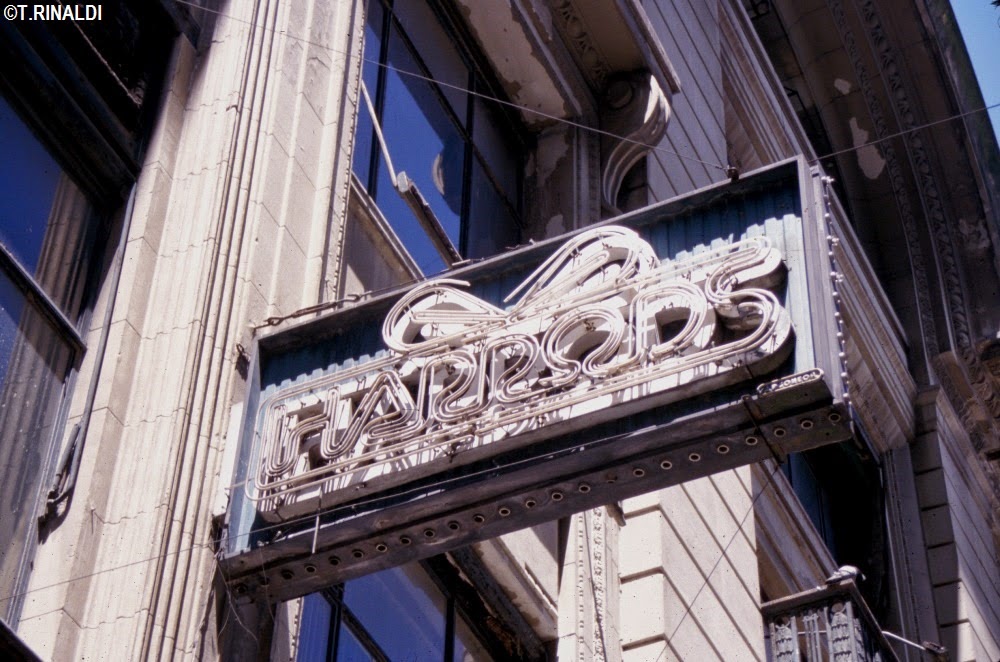 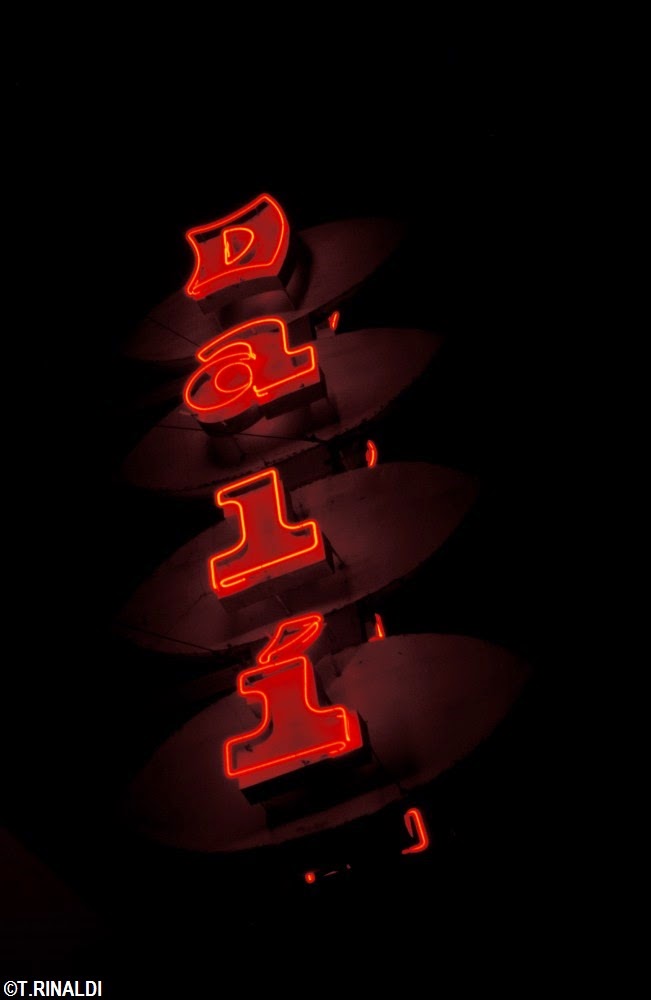 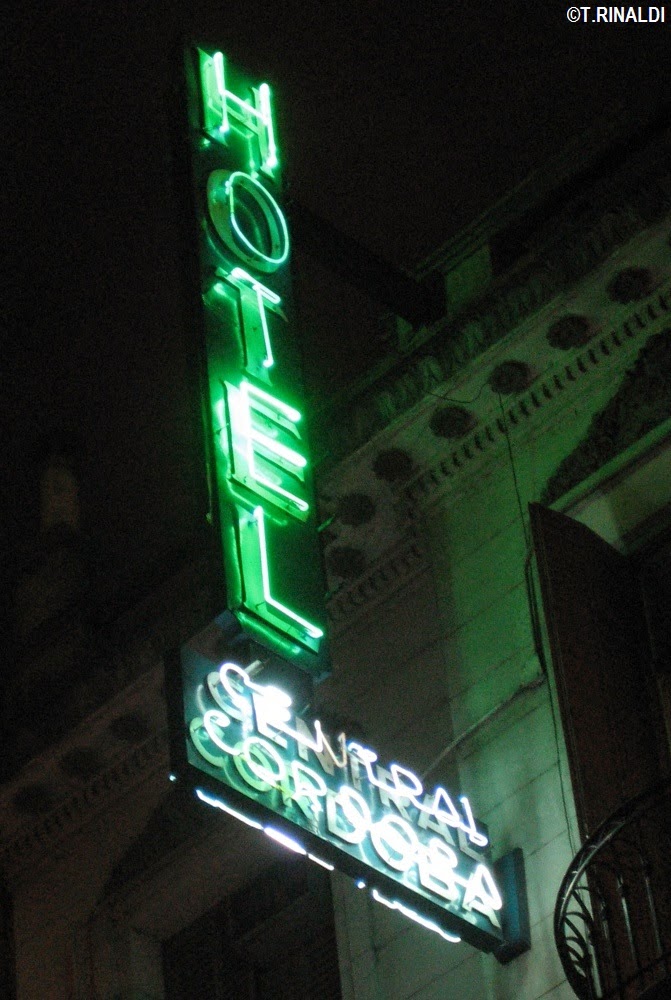 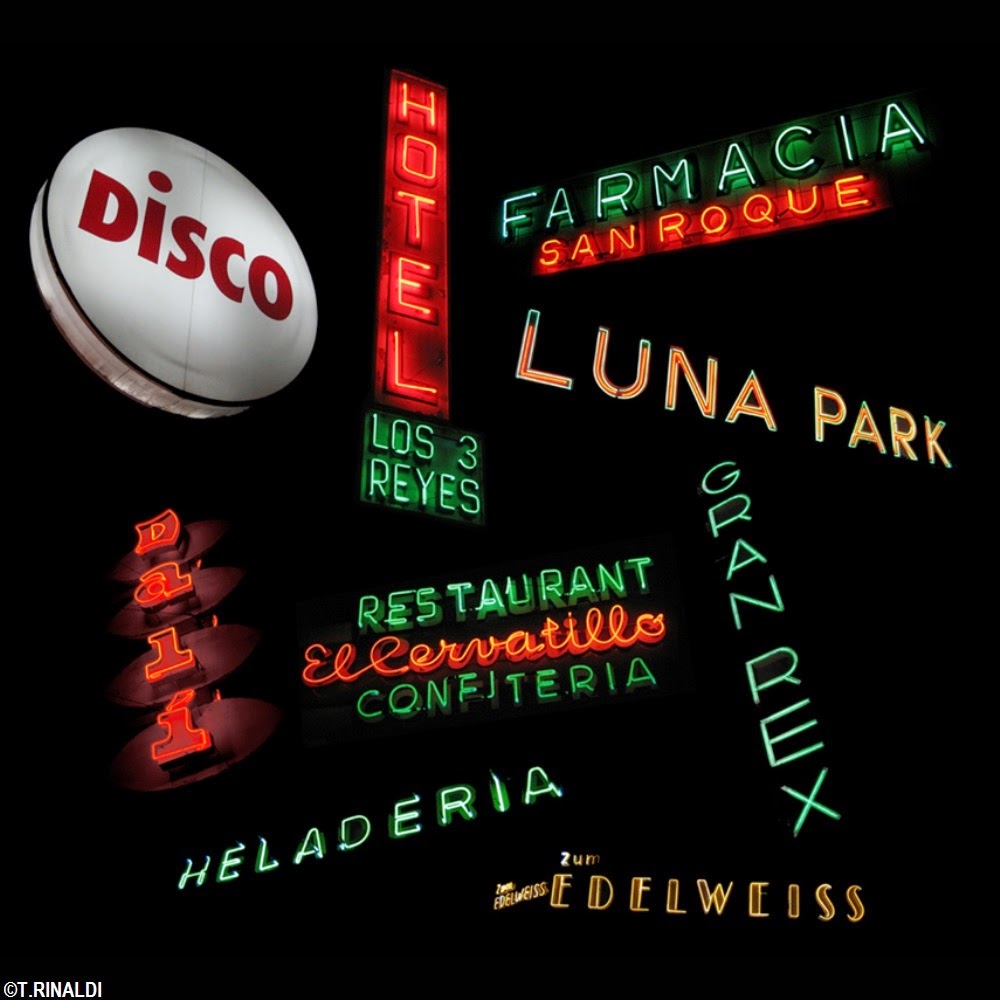 • When in Mesa, AZ, don't miss "Mesa's Main Street Neon By Night," a guided bus tour led by Marshall Shore the Hip Historian and Vic Linoff of the Mesa Preservation Foundation.  Tour dates at the link.

• Via Jeremiah's Vanishing NY:  the shuttered Carnegie Deli's neon was spotted being carted off to points unknown. 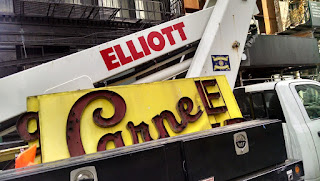 • Neon in the backdrop of these supremely beautiful New York scenes from the 50s and 60s by photographer Saul Leiter, from the Ephemeral NY blog.

• Lysande Skylt: A celebration of Swedish neon, at the Staadsmuseet Stockholm. (Here's the English translation - lots to peruse here.)

• In Los Angeles, the Museum of Neon Art is now displaying the restored Brown Derby sign.

• And finally, when in Liverpool, England - "The World's Largest Collection of Neon Signs is Ridiculous And Amazing" - via The Creator's Project.