Two Boots Pizza, a NYC-based chain, will open a new location where one of New York's most remarkable neon storefronts was recently unearthed on Nassau Street. 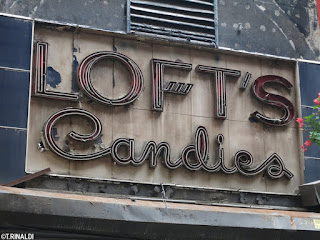 Since reporting on the old Loft's sign last week, a modest proposal has come to mind.  Dear Two Boots: don't take it down, don't cover it up...  re-light it!  Crazy?  Not really, and here are some reasons why:

1) The old Loft's sign covers a large part of the tiny building's facade.  Cleaning and preserving the existing Loft's sign could substantially offset costs for demolition and installing a whole new facade. 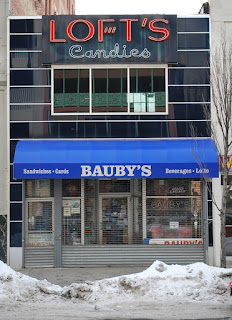 2) Two Boots wouldn't be the first to re-use a historic sign in this way.  Numerous other examples come to mind:  from the the J Crew Men's Shop in TriBeCa to another Loft's sign on Church Street in New Haven, to the Odeon (also in Tribeca), whose salvaged cafeteria storefront neon dates all the way back to 1933. 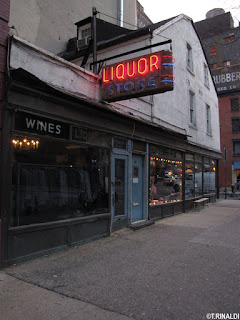 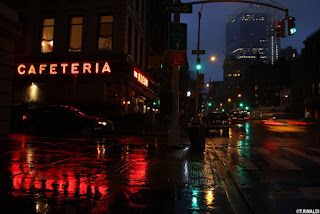 3) Inasmuch as a sign's job is to attract attention, absolutely nothing does the job better than an old neon storefront.  Where they survive, these signs are not just the brightest things in sight: they are iconic local landmarks that become known far beyond their immediate surroundings.  In recent years they have become Instagram magnets (the Loft's sign on Nassau Street scored almost 800 likes on one account since its unveiling). 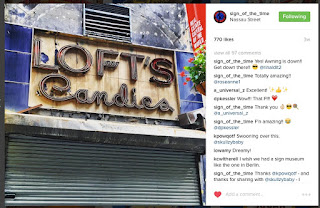 Likes for Loft's. (sign_of_the_time on Insta)

So come on, Two Boots, save the sign!  You'd be doing a good turn for the cultural fabric of the city, preserving an irreplaceable icon of New York's 20th century streetscapes, potentially saving yourself some cash, and coming out of it with a showstopper of a storefront that will become an instant neighborhood landmark, camera-ready for books, magazines and social media.  And I'll promise to line up for a slice and blog your praises from the neon mountaintop.

Tickets available here - hope to see you there!
Posted by T.E. Rinaldi at 4:58 AM