In honor of Pope Francis' visit to our fair city, please enjoy this re-post from March 29, 2013.

It might not feel much like springtime in New York, but with Easter Sunday nigh upon us, the time seems right for an homage to those most sacred of signs.  The classic neon crucifix is a rare sight indeed these days.  Seeking out old signs for the neon book, I could find only about a dozen of them scattered across the five boroughs. 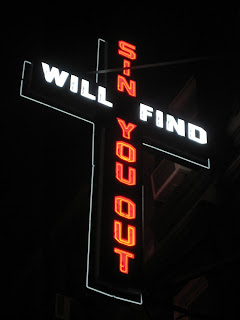 Among these, the big neon cross that hangs over the St. Paul's House mission on West 51st Street in Hell's Kitchen is surely the best known.  SIN WILL FIND YOU OUT, it admonishes passersby in particularly in appealing midcentury letterforms from one side; the reverse is emblazoned with the somewhat more optimistic imperative to GET RIGHT WITH GOD.  The existing sign is a surprisingly faithful facsimile of an earlier iteration that had been dark for many years. 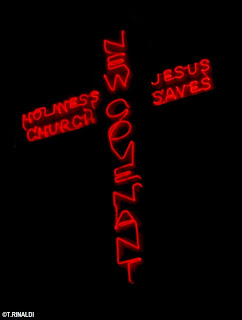 With its heavily commercial overtones, neon and religion seem rather odd bedfellows.  "We smile, a bit condescendingly, when we see churches bearing signs that promise 'JESUS SAVES' and similar good tidings," wrote the architecture critic Peter Blake in 1964.  But this was not always so.  Electric signs for churches began to appear early on, a response to the glittering marquees of movie houses, bars and restaurants.  Like the overwhelming ornament of baroque and rococo churches of centuries past, the intent was to dazzle the flock into submission, or at least regular attendance. 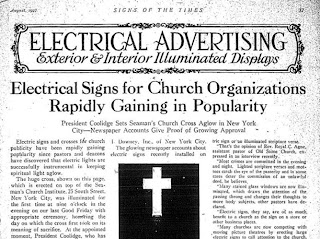 New York's largest illuminated crucifix may have been one that once stood atop the Seaman's Church Institute in lower Manhattan, which was switched on by President Calvin Coolidge in a ceremony on Good Friday, 1927.  That same year New York Edison tallied more than 100 electric signs for churches in Manhattan below 135th Street alone. 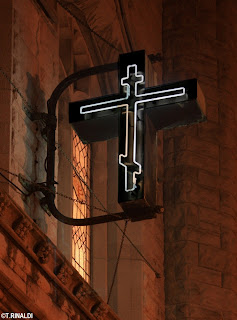 The mass migration toward fluorescent-lit plexiglas signs after the 1960s has left precious little sacred neon in New York today. Those few neon crosses that survive are especially appealing not just for their rarity, but because they recall the lost innocence of neon's longago youth, before the signs became so indelibly linked with high consumerism and the film noir world of midway grit as to seem better suited for Saturday night than Sunday morning. 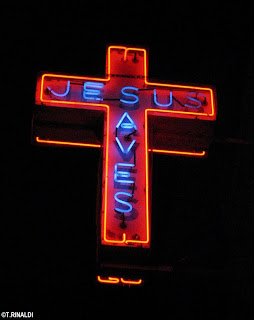 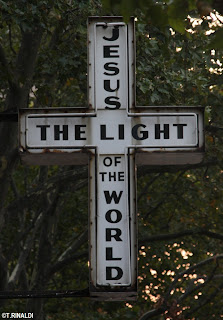 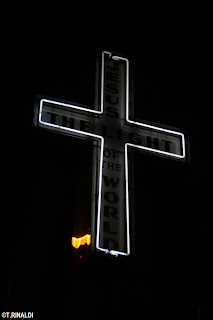 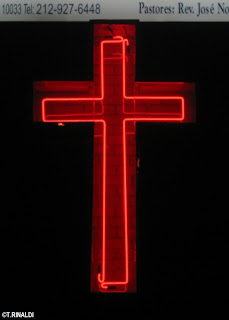 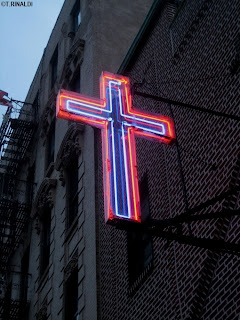 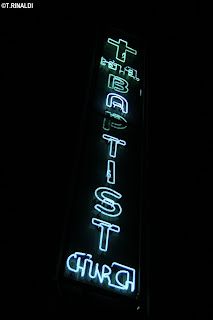 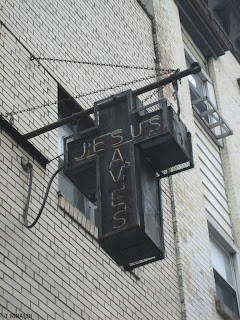 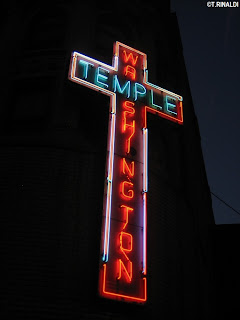