As old neon signs continue their chronic disappearance from the city streets, some of them - the lucky ones - find shelter indoors.  As I write in the neon book, old signs are of such powerful appeal that people sometimes go to herculean lengths to keep them around, installing them in restaurants, bars or lobbies where they serve variously as decor, mascots or supplemental lighting.  One sign - that of the Holland Bar, now moved indoors - holds the cremated remains of one of the bar's former patrons. 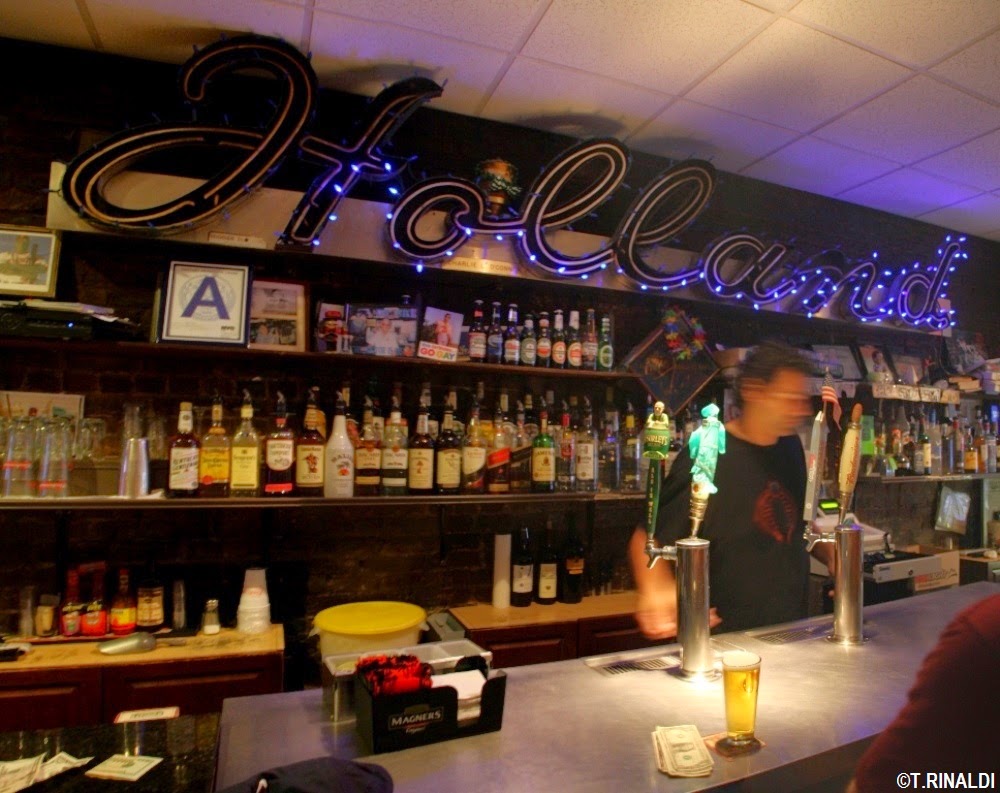 Harboring retired signs in this way is more challenging than one might think.  For one thing, the signs themselves are typically big - much larger than than they look hanging from the side of a building - which requires some shoehorning in a city not known for disposable squarefootage.  A handful of old signs - those of the Cedar Tavern and Ratner's Kosher Dairy, for instance - survive in private collections.  Museums in New York have generally turned a cold shoulder to neon signs, leaving it mainly to restaurateurs and bar owners to preserve vintage signs for public enjoyment.  Keep an eye out and you'll find them here and there, perched over display shelving or bartenders' shoulders, bathing us in their neon afterglow. 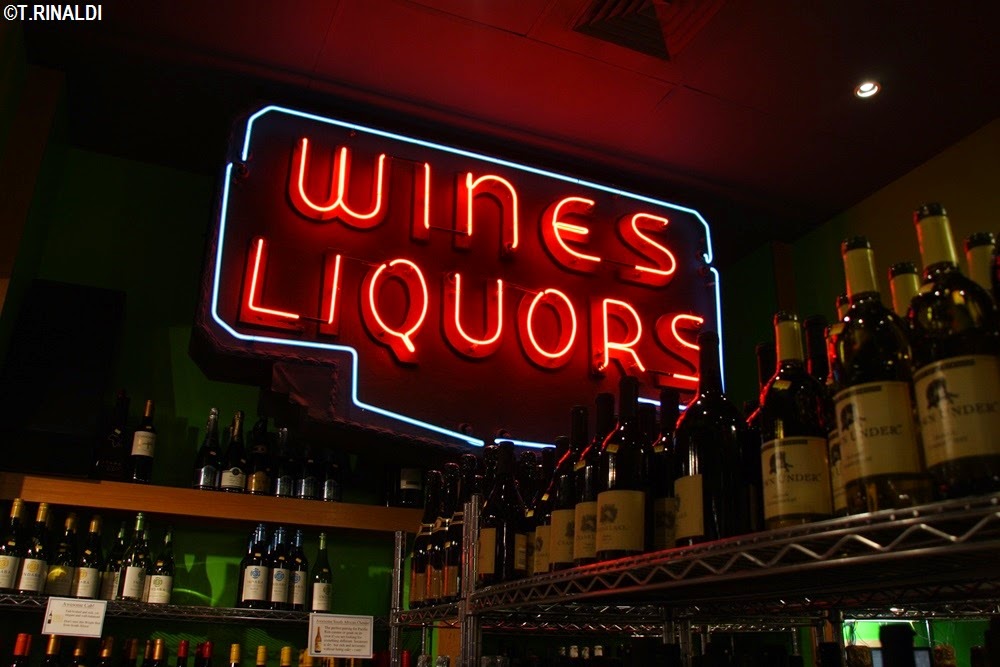 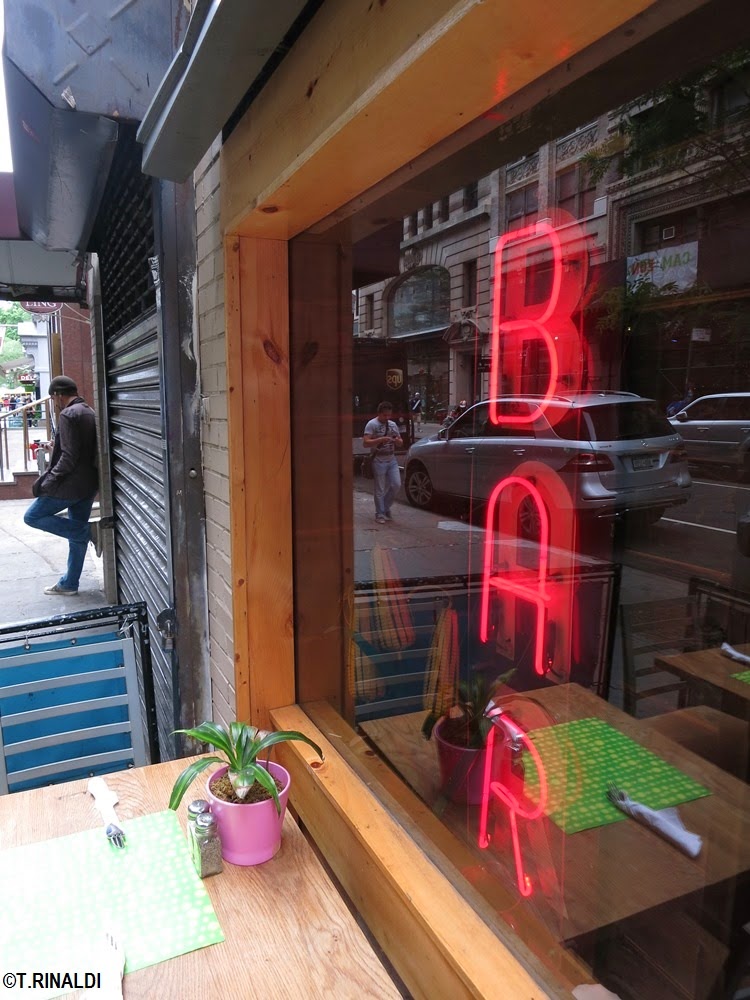 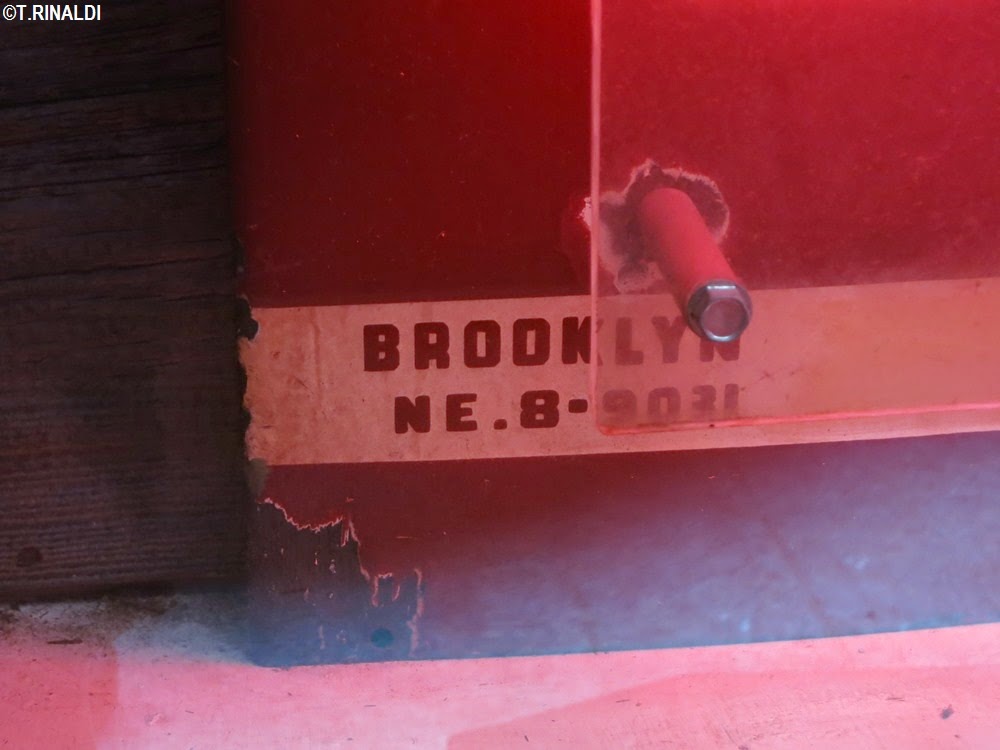 Chat N Chew / 10 E16th St., Manhattan /  "BAR" sign of unknown provenance entreats passersby to join the festivities at the one and only Chat N Chew diner by Union Square.  Makers mark emblazoned into its burgundy porcelain face gives us an idea of where this came from. 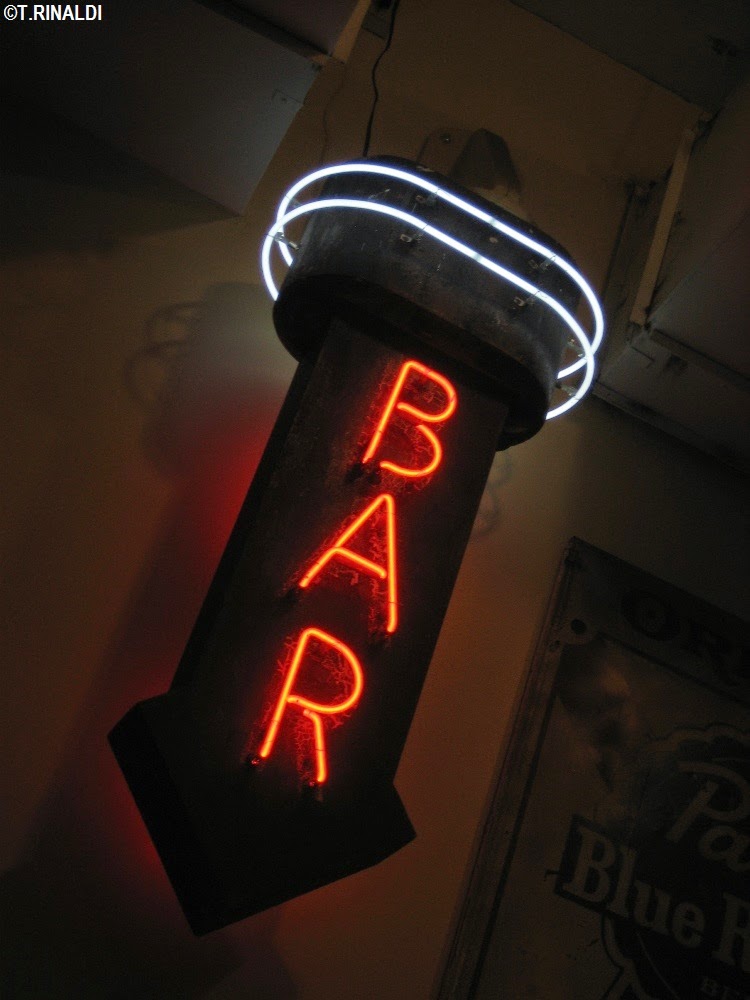 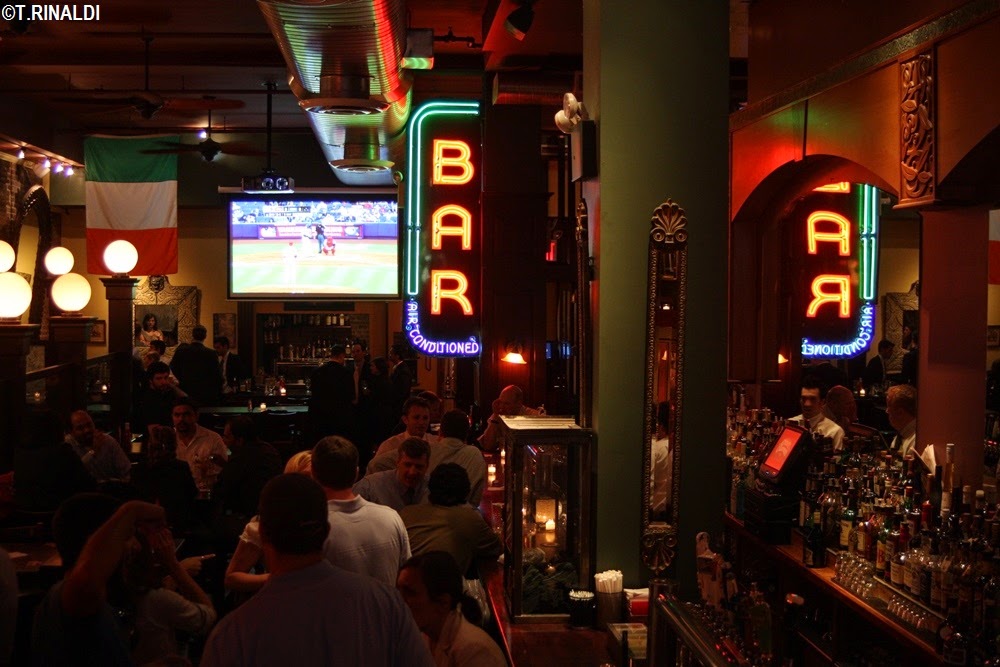 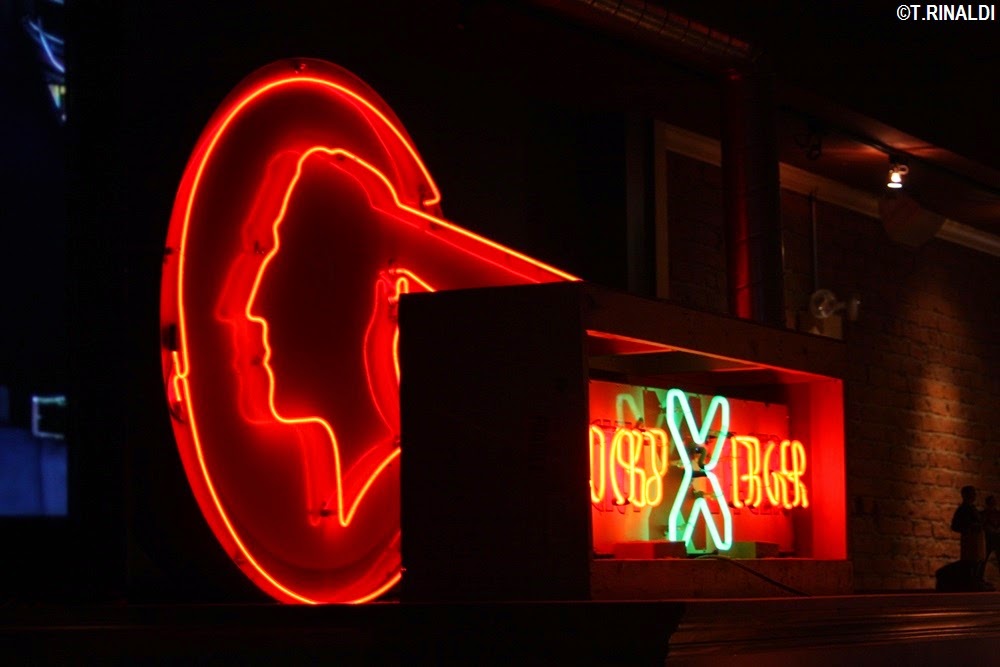 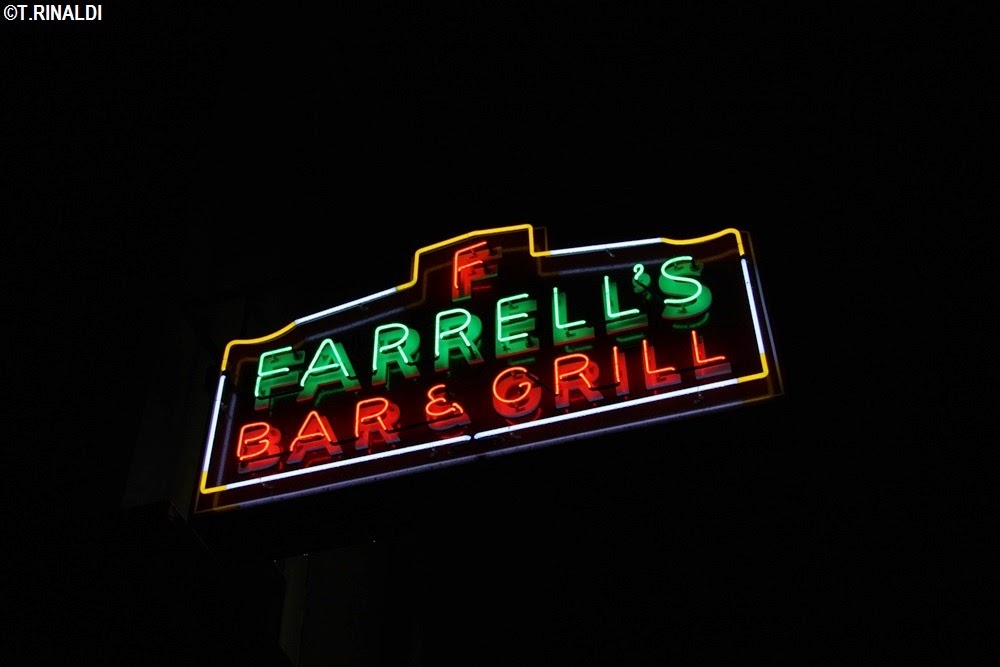 Farrell's Bar / 215 Prospect Park W., Brooklyn / Farrell's original sign, made c.1935, sustained storm damage and was replaced by a very good fake around 2010.  The original was halved and moved indoors: one side decorates the inside of the bar on Prospect Park West, the other wound up on Long Island. 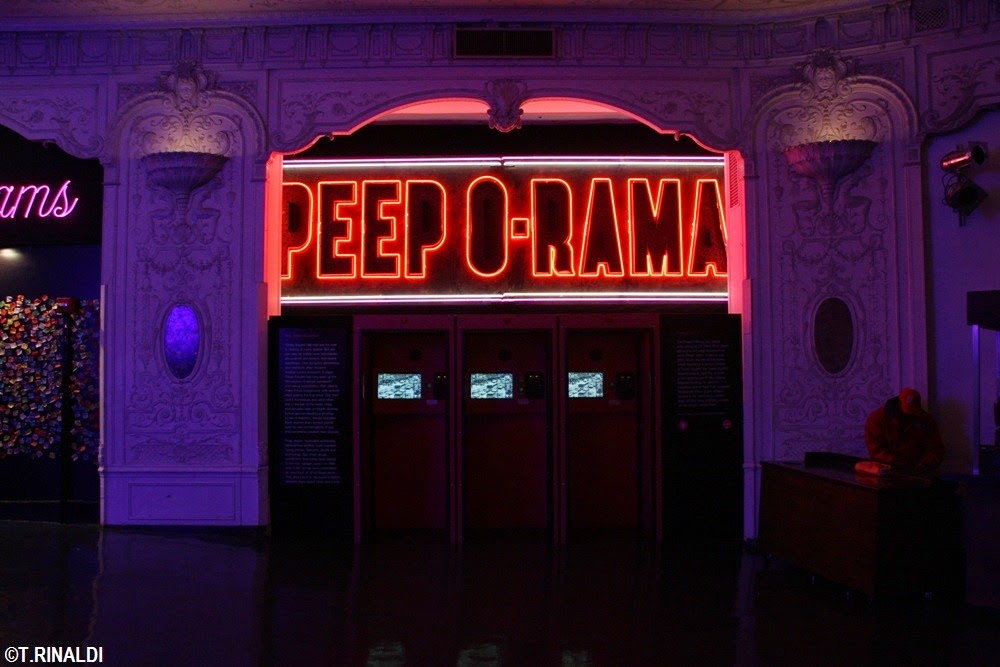 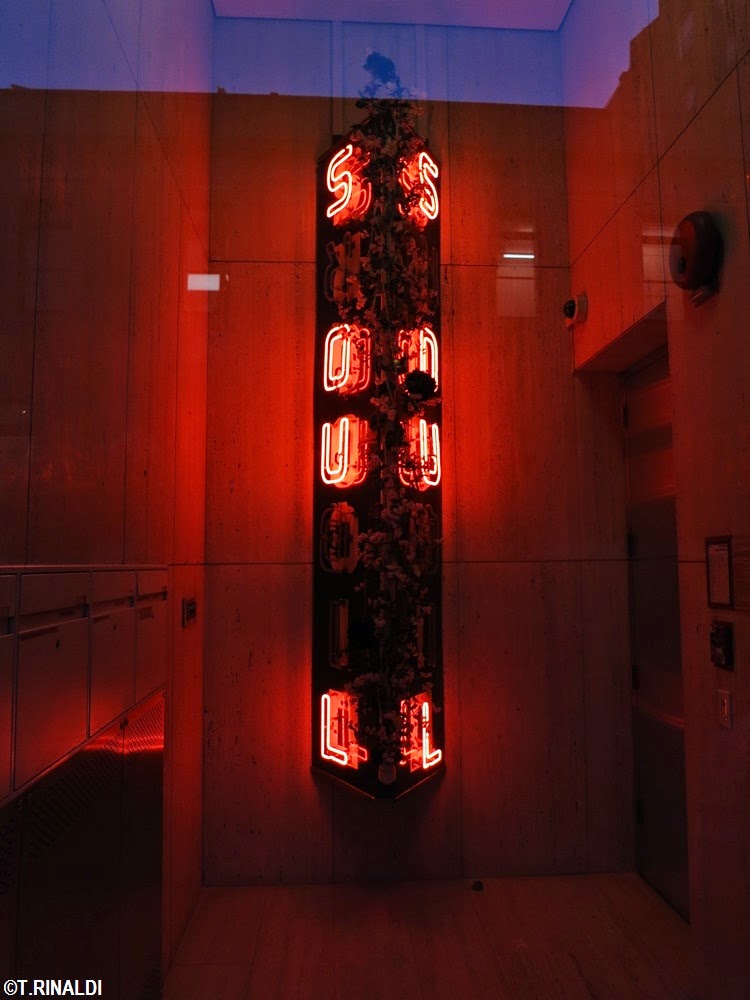 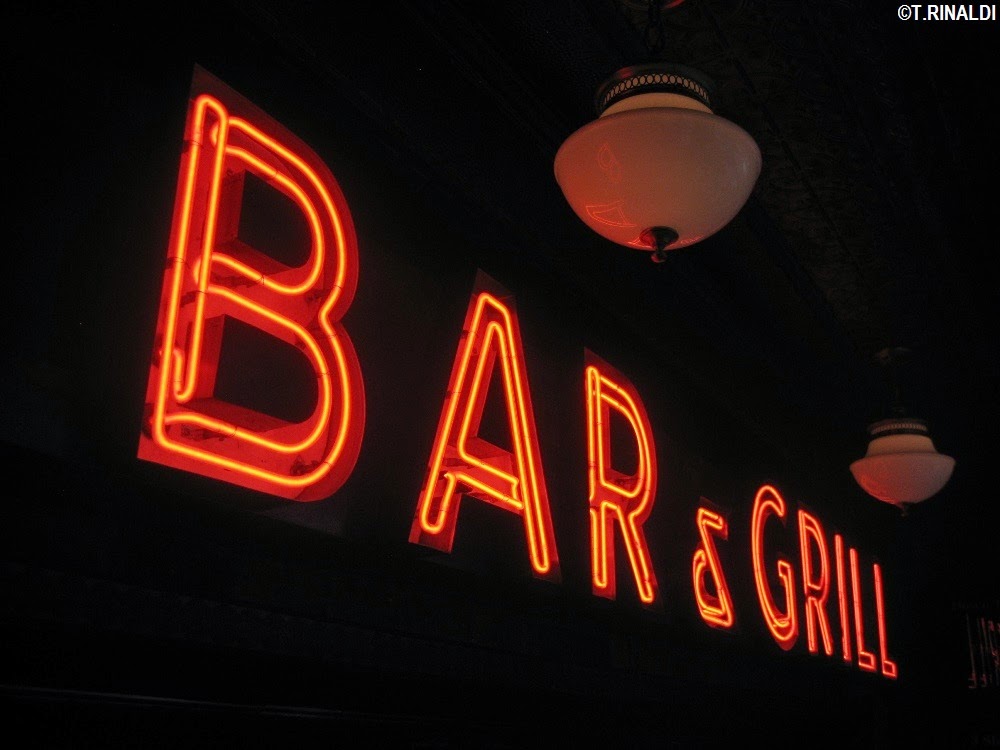 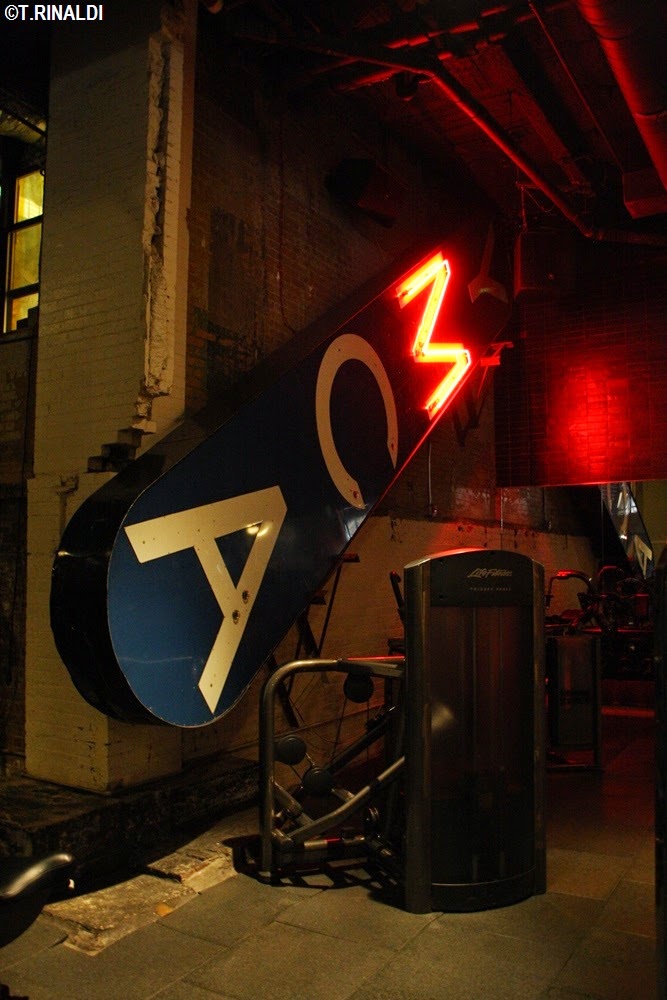 Crunch Gym (ex-David Barton Gym, ex-McBurney YMCA) / 215 W23rd Street, Manhattan / As noted previously on this blog, this sign had a starring role in the original music video for the Village People's "YMCA."  Previously hung from the facade of the former McBurney YMCA on 23rd St., now moved inside the same building. 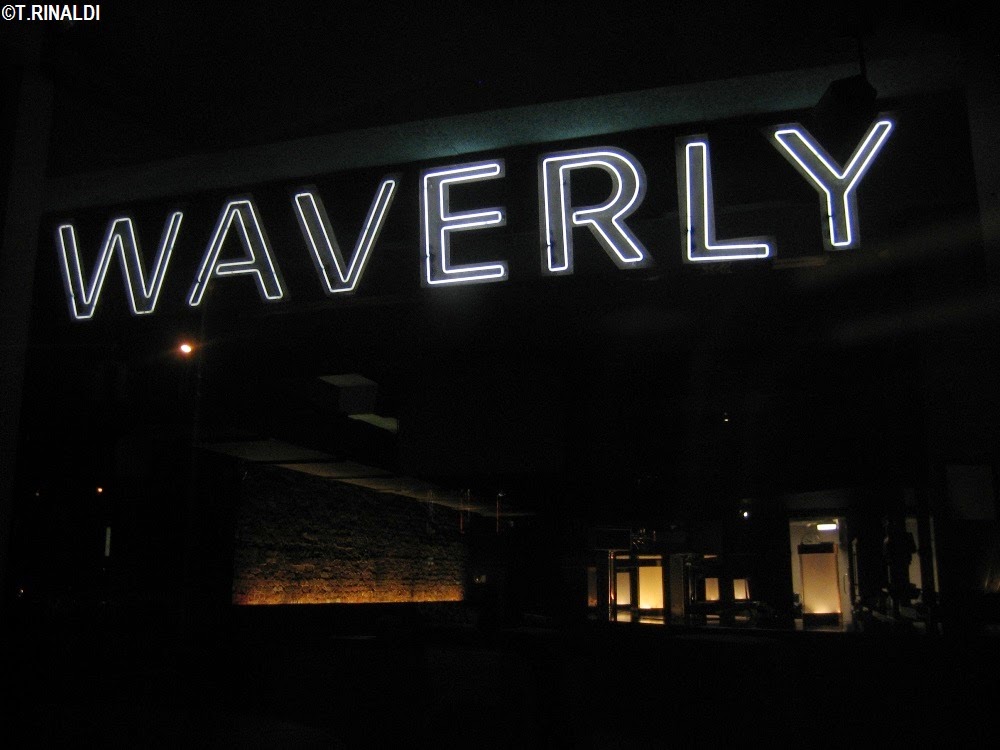 IFC Theater / 323 Ave. of the Americas, Manhattan / When the Waverly became the IFC, neon letters from the marquee went up in the theater's bistro, just next to the main entrance.  The bistro has since closed - hopefully these will turn up again one day. 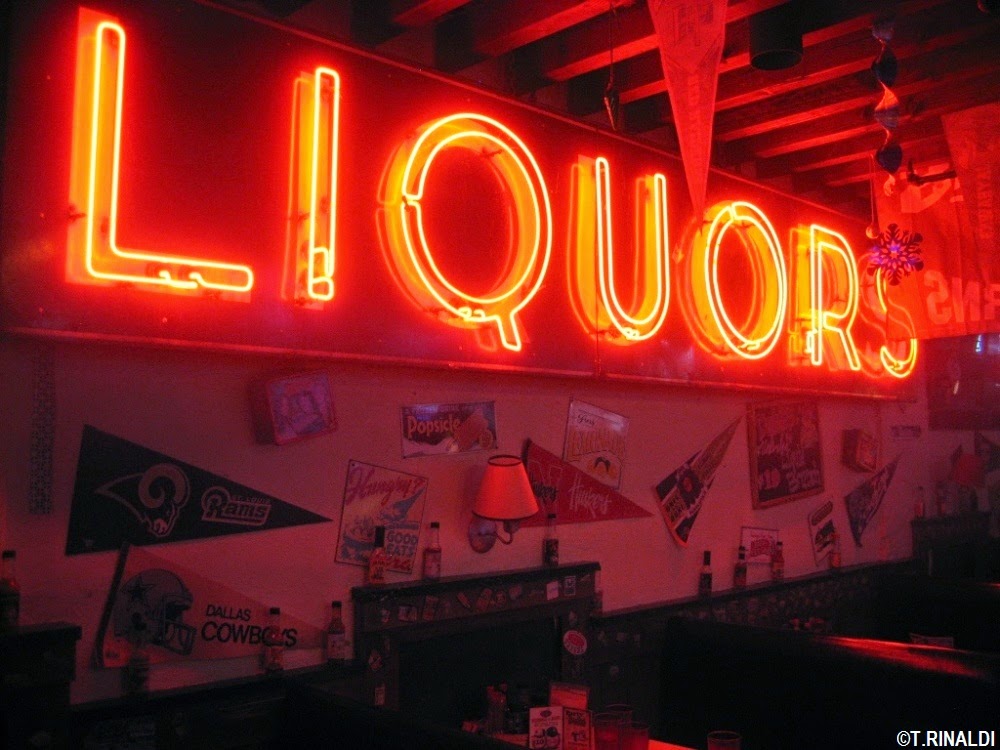 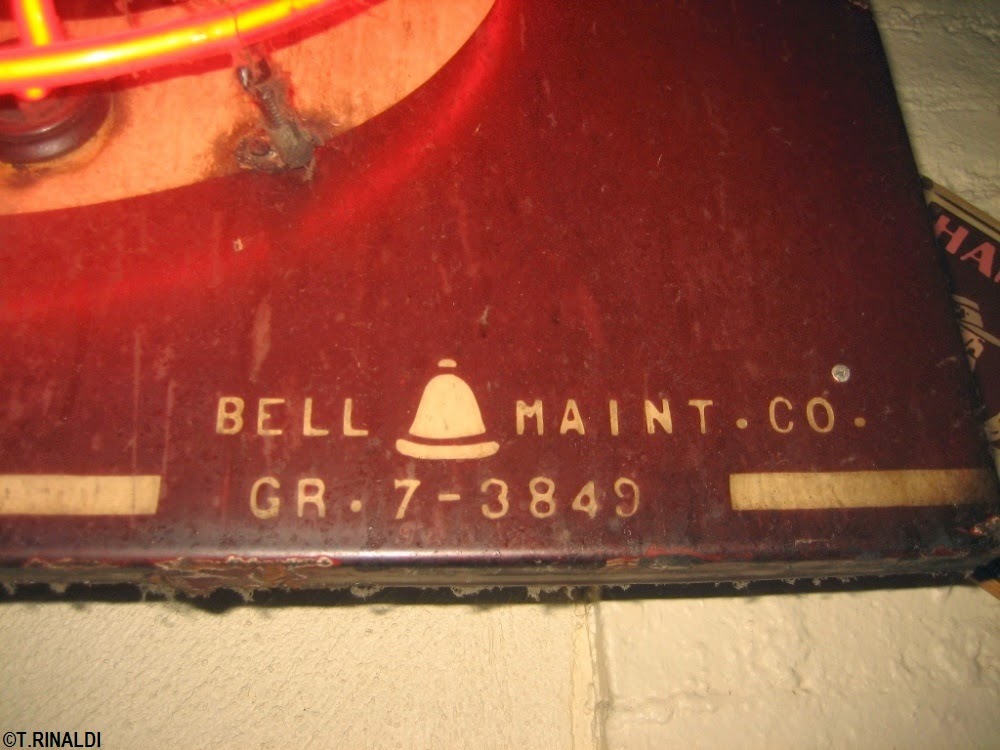 Duke's Original Road House, 99 E19th St., Manhattan / A maker's mark emblazoned into the porcelain faces of this sign identifies it as the work of the Bell Maintenance Co., once one of New York's more prominent neon shops. 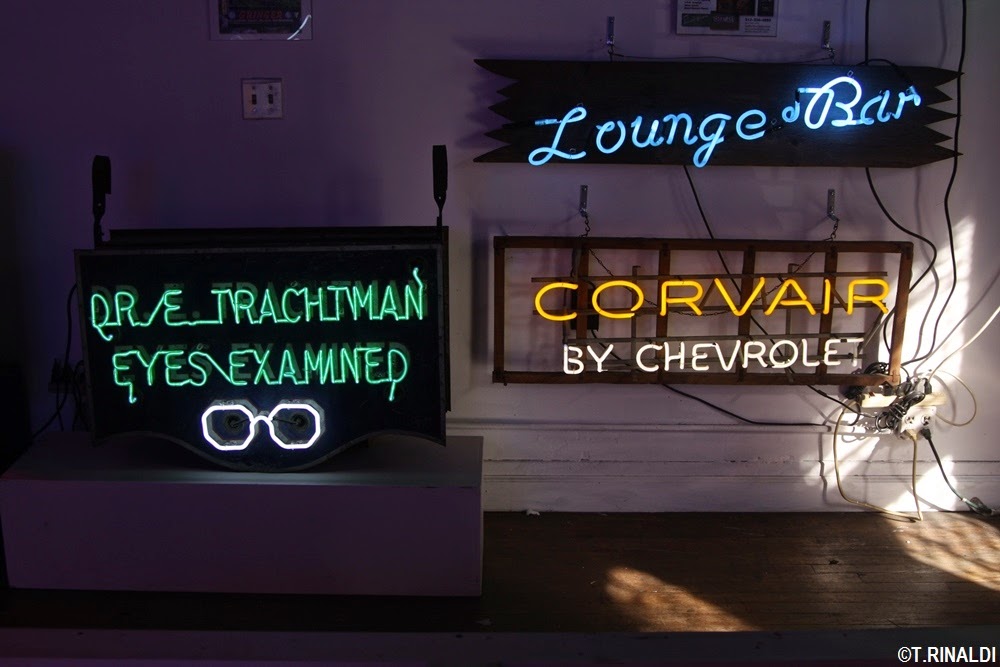 LTBN / 38 White St., Manhattan / As close as it gets to a neon museum in NYC, the shop of Let There Be Neon on White Street in TriBeCa. 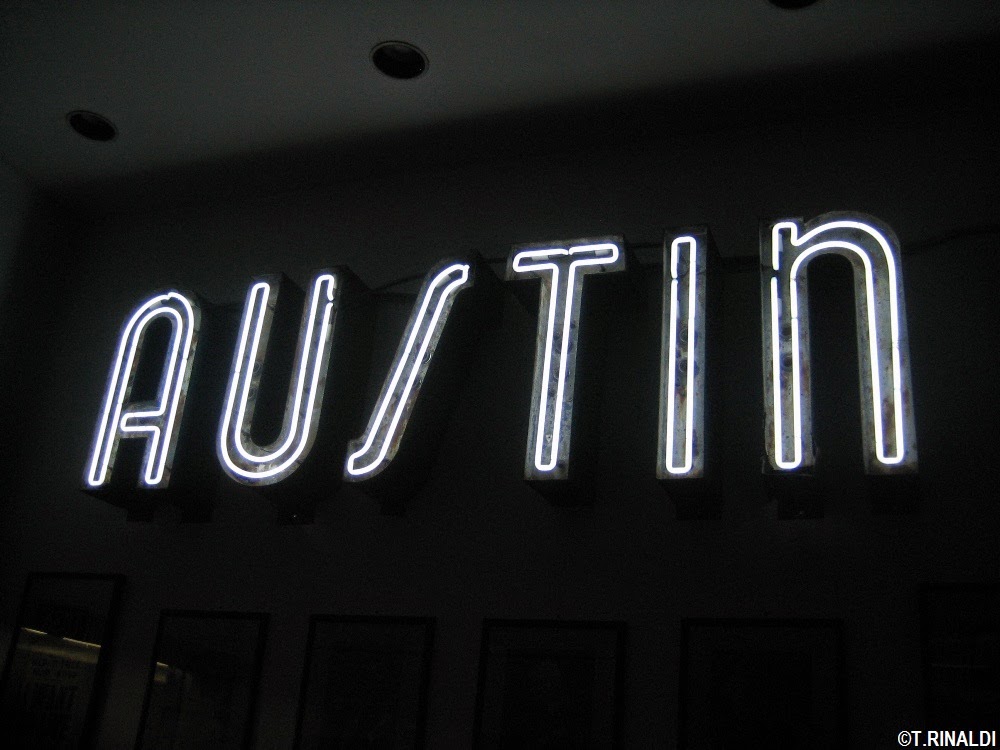 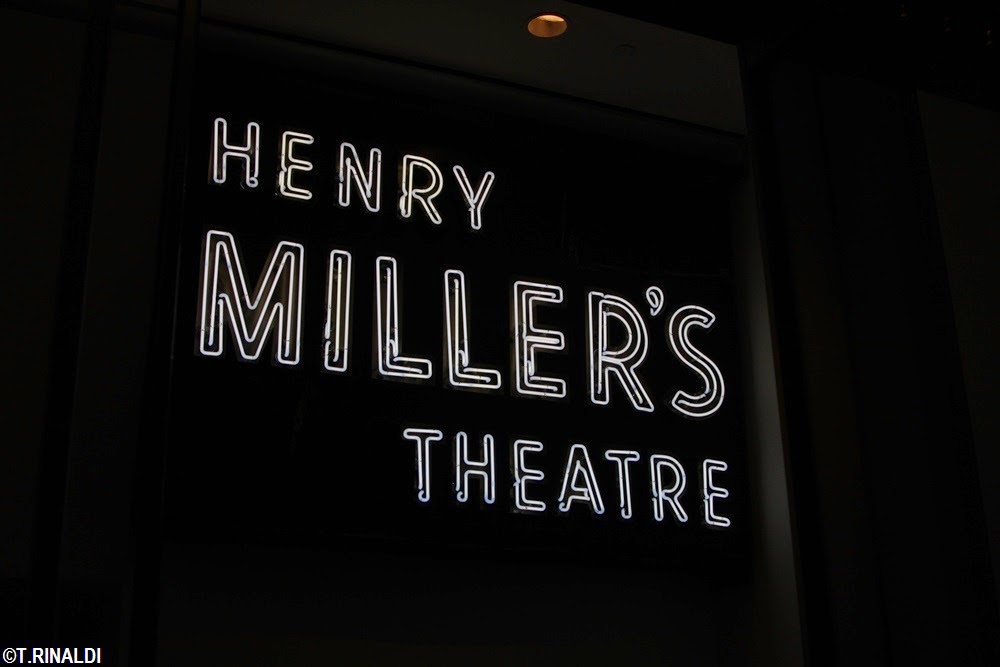 •   I will be leading another walking tour of East Village Neon, this time for the Municipal Art Society.  Tour date is Friday, August 15.  Sign up here!
•   From ScoutingNY, a little background on one of midtown's more prominent ghost signs.
•   Unhappy news from Chelsea: the lovely neon fascia sign of the former Home of Cheers Liquors at 8th Ave and 18th Street has been destroyed.  A fancy gelateria is set to open in the space.  Maybe the sign will re-appear inside?  The vertical sign is still there, for now. 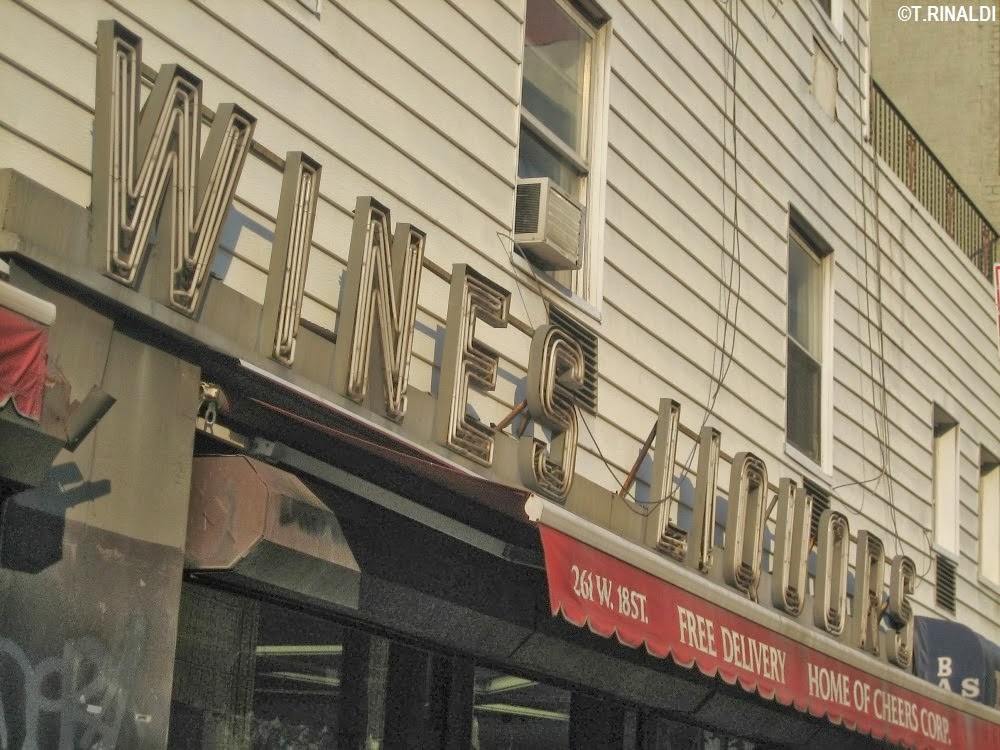 •   From the far west side, Debra Jane brings us a portfolio of ancient signs found on a recent trip to Stockton and Sacrament.
•   From the up-for-grabs department: the Mini MiniMarket sign in Williamsburg, Brooklyn, could be yours.  (Thanks to Kerensa Wood for the link.)
•   Via the NY Times: it seems we nearly lost Katz's to a giant sinkhole this week.
•   A San Francisco neon hunt, from Neon Hunting.